Ghana has accepted a request from the US and the International Criminal Tribunal for Rwanda, to settle some former inmates into the Ghanaian society.

Two inmates of the Guantanamo Bay detention Camp and ex-prisoners sentenced by the Arusha based International Criminal Tribunal will be given refugee status and monitored by National Security for two years.

Speaking exclusively to GBC’s Radio Ghana, the Minister of Foreign Affairs, Hannah Tetteh said the request was accepted by Ghana on humanitarian grounds.

She said government has also granted refugee status to some Syrians who already have ties in Ghana.

Madam Hannah Tetteh said the detainees were vigorously vetted and have no terrorist related background and therefore pose no security threat to the country.

She explained that the US government will bear all cost for their reintegration whilst Ghana bears no liability.

During the year 2015 the Government of Ghana was requested to assist in the resettlement of a number of persons from Rwanda and Yemen, and taking cognizance of the grave humanitarian crises in the Middle East has also decided to provide refuge to some displaced persons in Syria who already have relatives in Ghana.

Prior to winding up its affairs on the 31st of December 2015, the Government was approached by representatives of the International Criminal Tribunal for Rwanda to resettle some of the persons who had been tried and had either been acquitted and discharged or had been sentenced and had served their time but did not find it appropriate to resettle in Rwanda.

We have decided to respond to the request of the tribunal and have indicated our readiness to take two of such persons and give them residence in Ghana.

At the request of the US Government we have also agreed to accept two detainees of Yemeni origin who were detained in Guantanamo but who have been cleared of any involvement in any terrorist activities and are being released. They are unable to return to Yemen at the moment and we have indicated our readiness to accept them for a period of two years after which they may leave the country.

Additionally, Government has decided to allow relatives of members of the Syrian community already resident in Ghana who have been displaced as a result of the conflict in their country to resettle in Ghana.

In all instances the persons who are being allowed into the country are subject to security clearance and their activities will be monitored during their stay in the country.

Ghana recognizes that as a member of the International Community we have a responsibility to assist in International crises situations having regard to our own resources & capacity to assist, and it is in this regard that the Government has decided to take these actions.

We wish to assure the public that in doing so we are cognizant of the need to protect the safety and security of our own citizens and are taking all the necessary steps to ensure that is done. 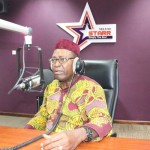