The 47-year-old polled 31 out of the 107 total votes cast to finish behind Almamy Kabele Camara of Guinea who won with 37 votes to clinch the other Confederation of African Football (CAF) slot.

Mr Nyantakyi edged Mr Ahmad of Madagascar who polled 30 votes to pick-up the seat while the fourth contestant Augustin Senghor got nine votes.

He becomes the first Ghanaian who will serve on world football’s most powerful committee which was significantly expanded as part of reforms introduced by new FIFA president Gianni Infantino.

The new 36-member FIFA Executive Council replaces the previous 24-member Executive Committee which was tarnished by corruption scandals, they will meet for the first time in Zurich, Switzerland on October 13-14.

The newly elected members will stand for re-election to their post next March at the 2017 CAF Congress in Addis Ababa on March 17. 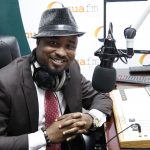