The Ghana Football Association (GFA) has fined Black Stars goalkeeper, Razak Brimah for descending on his Ghanaian critics.
Brimah couldn’t keep to cool, after he was criticised by football fans for his poor show against Egypt and decided to hit back at his critics in a bizarre manner in an audio tape that went viral on Monday.

Despite the Cordoba goalie having apologised, the Ghana Football Association handed him a fine for breaking camping rules.

Below is the full statement from the GFA
“Management determined that Brimah’s comments on social media were in violation of Article 6(1)& (2) of the Black Stars Code of Conduct which provides as follows,” the statement reads.
“1) During the periods of camping all members of the Delegation, particularly players are forbidden to engage in any discussions, and/or any form of communication with player agents, scouts, journalists and all other unauthorized personnel except with the express permission of the Head Coach or Leader of Delegation.
“2) Any player who violates Clause 1 of this article shall be subject to a fine of not less than $1,000.00 In pursuance thereof, the GFA has decided to impose a fine of $2,500 on Brimah which will be donated to a charity in Ghana.
“We render an unqualified apology to the general public.
“We will continue to count on the unflinching support of Ghanaians to help us win the 2017 Africa Cup of Nations. 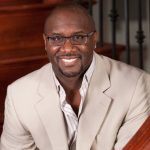