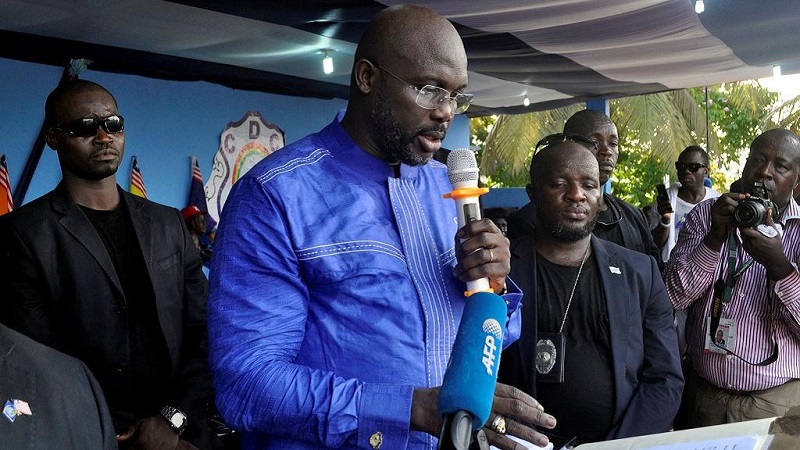 The National Elections Commission said that with 98.1% of ballots counted, Mr Weah had won 61.5% of the vote.

Opponent Joseph Boakai is far behind with 38.5%.

He will succeed Ellen Johnson Sirleaf, Africa’s first elected female president. She defeated Mr Weah in the presidential election run-off in 2005, after the end of a brutal civil war.

Mr Weah played for a string of football clubs, including AC Milan and Paris St-Germain, and is the only African footballer to have won Fifa World Player of the Year and the coveted Ballon D’Or, in 1995.

He entered politics after his retirement in 2002 and is currently a senator in Liberia’s parliament.