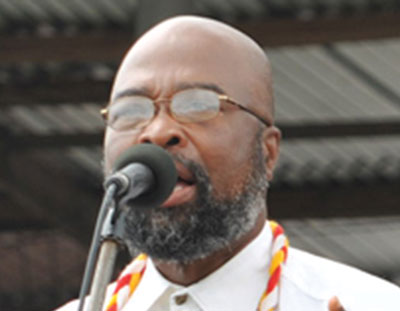 One of the flagbearer subscribers said to have engaged in double endorsement has flatly denied endorsing the flagbearer of the Great Consolidated Popular Party (GCPP).

Amadu Latifa told Joy News she only endorsed the candidature of Nana Agyenim Boateng, the Flagbearer of the United Front Party and found it rather curious how the GCPP cnadidate Henry Lartey used her name and voter details to fill their forms.

As part of requirements to stand for election as presidential candidate, all the flagbearers were mandated to have two people from each District endorse their candidature.

After close of nomination on the 30 September, 2016 the Electoral Commission disqualified 13 flagbearers from contesting the upcoming December elections for various acts of fraud, negligence, voter irregularities etc.

The UFP and GCPP are amongst the parties whose flagbearers were disqualified from the elections.

One woman was said to have endorsed both candidates and that was the reason for their disqualification.

The two parties are incensed by the decision of the EC but the woman at the centre of the controversy is even more confused.

“I endorsed for only one presidential candidate which is Nana Agyenim Boateng (UFP). I don’t know about the endorsement of any GCPP member,” Amadu Latifa said.

She did not understand how the GCPP candidate got her voter details and how her signature was forged.

“I think its impersonation. In the first place where did the GCPP candidate get my particulars to fill his nomination and then how did he get my signature from?” she asked.

According to her, the only time she came any close to a GCPP personality was an anonymous call she received yesterday from a person who claimed to be part of GCPP and who was asking her to be part of the GCPP and that was after her name had been mentioned and her party’s flagbearer disqualified.

Amadu Latifa added that she only heard about her supposed crime yesterday when the EC Chair mentioned her name as one of the persons engaged in the irregularity,

She is willing to testify in court on behalf of the disqualified presidential candidate of the UFP who is threatening to go to court on the matter.