WARRI — The military, yesterday, invaded some Ijaw communities in Gbaramatu kingdom, Warri South-West Local Government Area, Delta State, with gunboats in search of militants, who carried out a three-day bombing of crude oil and gas pipelines in the state, from last Thursday.

This came as ex-militant leader, Government Ekpemupolo, alias Tompolo, wrote President Muhammadu Buhari, alleging that top members of his party, All Progressives Congress, APC, in Bayelsa and Delta states were responsible for the ongoing vandalization of crude oil and gas pipelines in the creeks of Delta state.

Meanwhile, Joint Task Force Commander of Operation Pulo Shield in the Niger Delta, Major General Alani Okunola, said, yesterday, that the task force was closing in on those blowing up oil pipelines belonging the Nigeria Gas Company, Chevron Nigeria Limited and Nigeria National Petroleum Company, NNPC. He vowed that JTF would fish them out.

Confirming the invasion of the military, the chairman of Okpelama, an Ijaw town in Gbaramatu kingdom, Mr. Moses Yabrade, said that soldiers stormed his community in the midnight of Saturday, breaking houses but stressed that he did not know what they came for.

Following the blockade by soldiers, who reportedly warned leaders of some of the communities to produce the militants vandalizing pipelines in several parts of the state, more riverside dwellers are fleeing their communities because of an unsubstantiated report that the soldiers said they would return tomorrow.

A community leader told Vanguard: “The soldiers said they would come back and nobody wants to wait for their visit knowing what happened when they bombarded our communities in 2009.”

We’re closing in on perpetrators —JTF Commander
JTF commander, Major General Okunola, who led his troop to inspect one of the blown up pipelines at Egwa II community in Warri South West, said the army would hold community leaders in whose domain such bombing took place responsible for any act of sabotage in their area.

He said that the Federal Government would do all it can to bring the saboteurs of the national assets to book as they were already closing in on the criminals.

Okunola said that henceforth, security agencies would enforce the extant law banning the use of outboard engines with 200 HP and above.

He said the Federal government would not condone any act of sabotage in the country, noting that it would deal ruthlessly with those behind the dastardly act.

The commander described the act as not only criminal but also capable of undermining the national security.

He pleaded with government officials and community leaders to give JTF and other security agencies in the region useful information that would lead to arrest of the perpetrators for prosecution.

According to him, “it was blown up three days ago. We are going to fish out those responsible.
“It was a massive sabotage and critical to national assets. There is no way we will fold our hands and allow the perpetrators to get away with it.
“We do not have our men deployed in the area that is why they have the opportunity to do it.”

The JTF commander said it was sad for anyone to put the nation in jeopardy by blowing up its national assets.

He assured Niger Delta residents of JTF’s determination to wipe out all acts of illegalities in the region.

Tompolo writes Buhari
Meanwhile, ex-militant leader, Government Ekpemupolo, alias Tompolo, last night, sent an open message to President Buhari, alleging that top members of the APC in Bayelsa and Delta states were responsible for the ongoing vandalization of crude oil and gas pipelines in the creeks of Delta State.

The ex-militant leader in his letter to Buhari, said the leader of APC in Bayelsa State and a few young men from Warri South West local government area of Delta State were bent on linking him to the vandalization of oil facilities in the Niger Delta region, “whereas they are the ones carrying out the act to smear my name.”

According to him, “they are doing this in connivance with an agent of Economic and Financial Crime Commission, EFCC who is also a member of APC because I refused to buy property from him.”

His words: “The crux of this letter is to let you know them and to say that they are mischievous, desperate, and therefore, do not share the same vision and mission with you, as well as do not believe in good governance.”

Tompolo also said an APC member in the state approached him shortly after he (Tompolo) met with President Buhari, requesting to plead on his behalf to be appointed as Special Adviser, SA and Chairman of the Presidential Amnesty Programme, but he refused.

How soldiers invaded Okpelama —Yabrade
Okpelama community chair, Mr. Yabrade, who spoke on phone, described the midnight invasion of the community by the army as uncalled for and unwarranted.

Giving details of the incident that lasted over two hours, Yabrade stated that the soldiers stormed the community in a commando-like manner at about 10.45 pm, making the panic-struck residents to run into the bush for safety.

“Though they left at about 2.00 am, the way and manner the military personnel stormed the community in the middle of the night reminds us of the military era.

“As a community without skeletons in the closet, we are shocked with the activities of the army because we are in a sane country that ought to practice the rule of law, hence we expected the military to partner with the community even if they were working on intelligence report.

“Our community is not part of those recently rocked by pipeline explosions. As I speak with you, we have not been able to account for the whereabouts of three children, who fled into the bush while the incident lasted.”

Yabrade said the community has become as ghost town, with the villagers fleeing the town, yesterday, after the military invasion.

A security source, however, told Vanguard, “There is information that some of the boys sponsored to carry out the attacks are from Okpelama, which is why soldiers went to the community in search of them.

Findings by Vanguard showed that soldiers seemed to be in control since they mounted siege on Saturday.
Our source hinted: “Their presence has served as a control because the militants did not strike since Saturday when they saw them patrolling the creeks. On Sunday (yesterday), they were everywhere in the creeks and they came to Oporoza where a pipeline was bombed behind the community and asked Chevron Nigeria Limited, CNL, to come and effect repairs, while they provided cover.

“As I am speaking with you, soldiers are there in Oporoza area, saying they will not leave until Chevron comes to effect repairs. Soldiers from Koko Command also went to the Benin River, which is in Olero where gas pipeline was burning on Saturday night. But by the time we got there yesterday, the fire was off,” he added.

A top Itsekiri youth leader said, “We have visited some of our communities to tell the people to be very observant and report any strange face to security agents.”

The Ijaw Youth Council, IYC, which on Sunday condemned the attack on oil facilities in some parts of the state, has called for a halt to the military siege to five Ijaw communities of Ikpokpo, Saghara, Opuedebubo, Okpeleama and Tebujo, all in Gbaramatu Kingdom.

The Foundation for Human Rights and Anti-Corruption Crusade, FHRACC, in a statement by its national president, Alaowei Cleric, however, cautioned the federal government to handle the face-off between it and Tompolo with care. 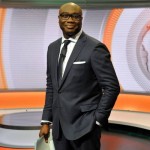