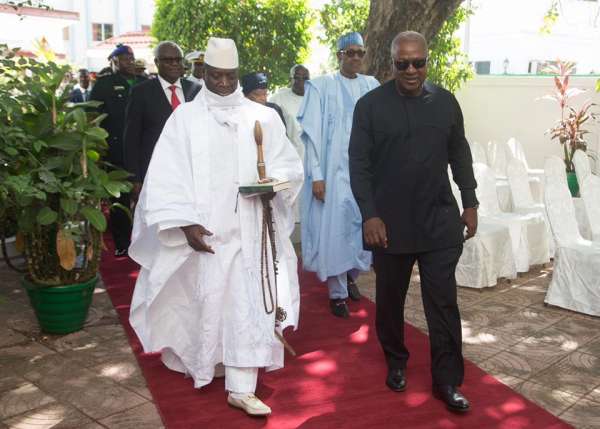 Gambia’s President-elect Adama Barrow has reportedly left the country and according to multiple media report, security forces have closed the Gambia-Senegal border and invaded the venue likely to be used for Barrow’s investiture next week.
Mr Barrow is travelling to Mali with the Ecowas delegation for further discussions this weekend, according to the BBC.

The African Union (AU) Friday urged Gambia’s strong man to quit power peacefully, warning of “serious consequences” if his actions cause a crisis.
The AU’s Peace and Security Council said: “as of 19 January 2017, outgoing President Yahya Jammeh will cease to be recognised by the AU as legitimate President of the Republic of The Gambia”.

Jammeh conceded defeat immediately after the December 1 poll but soon afterwards issued a statement saying investigations had revealed “unacceptable errors” by the electoral authorities and that he would no longer concede to opponent Adama Barrow.

Jammeh, who took power in a 1994 coup, has made clear he will not quit until the Supreme Court decides on a legal case he has lodged aimed at having the result annulled and fresh elections called.

The Supreme Court is unlikely to sit and hear his legal challenge before May, ratcheting up tensions with Barrow, whose inauguration is due January 19. 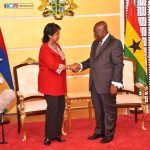