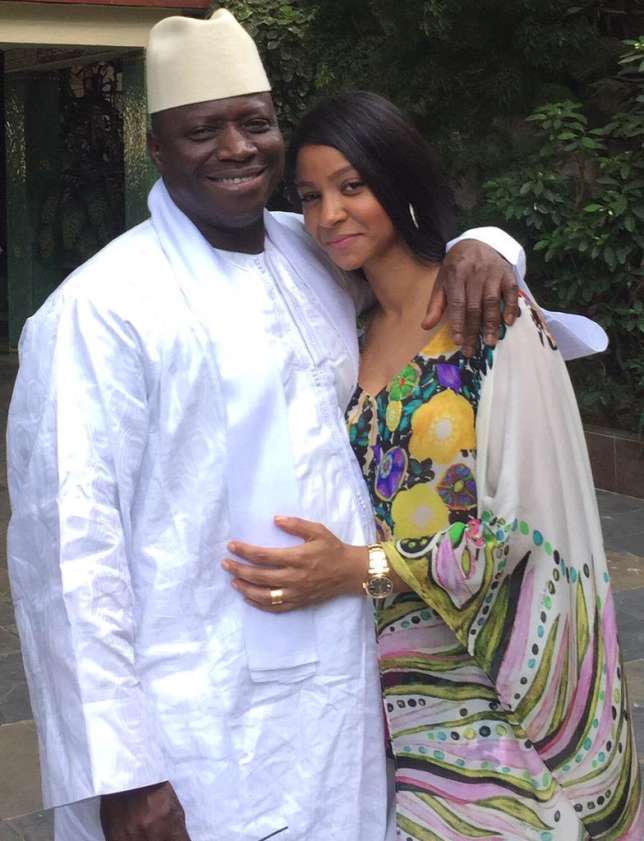 The Gambia’s longtime leader Yahya Jammeh has asked for an extension of deadline for him to leave power from midday until 4pm, government sources have said, as the leaders of Guinea and Mauritania arrived in the capital, Banjul, in a last-ditch diplomatic effort to get him to cede power.

A regional military force that crossed the border in support of his democratically elected successor, Adama Barrow, was awaiting orders on Friday. Marcel Alain de Souza, chair of the west African union Ecowas, said troops would force Jammeh out if he refused to leave the country.

The west African troops entered the Gambia on Thursday night, hours after Barrow was forced to hold his inauguration as president in Dakar, the capital of Senegal. De Souza said the west African force, which includes tanks, has so far met no resistance.

The Gambia’s president has created a political crisis. Now he must go
Momodou Musa Touray
Read more
Jammeh, who ruled the west African state for 22 years and tried to extend his tenure despite losing to Barrow, is still in State House [the president’s official residence] in the capital and is attempting to make a last-minute deal to ease his way out, according to sources close to the government. Earlier this week, he imposed a state of emergency in a final attempt to hang on to power.

Overnight he sacked what was left of his cabinet and said he would oversee all ministries himself.

Banjul, the capital, was deserted on Friday. Dozens of vultures spread their wings on the large ground outside State House, and a lone cyclist, perhaps one of the few remaining tourists in the country, made the most of the empty roads.

The country’s chief of defence staff, Ousman Badjie, was seen speeding in the direction of Banjul. He has switched allegiance several times over the past month, and was celebrating with Barrow supporters in the streets last night.

It is unclear what side he and the military would take in the event of an Ecowas attack on State House, though most sources speaking to the Guardian believed he was no longer with Jammeh.

The UN refugee agency warned that the political instability, which it said had driven 45,000 people, mainly children, into Senegal could send more Gambians abroad. “The next few days will be critical and more people may leave the country if the current situation is not resolved peacefully soon,” the UNHCR said in a statement.

A UK resident, Monica Njie, was arrested after taking a photograph and briefly held by the intelligence services before being released.

Holding a Qur’an and looking solemn, Barrow on Thursday delivered his first speech as president after his inauguration in Dakar. “This is a day no Gambian will ever forget,” he told a crowd of officials and diplomats. “This is the first time since the Gambia became independent in 1965 that the Gambia has changed the government through the ballot box.”

Celebrations in the Gambia began as soon as Barrow had made his speech, with drivers beeping their horns in elation and people leaning out of car windows, waving their arms, in scenes reminiscent of the outpouring of joy after the election result was announced. Jammeh rejected it a short time later.

Significantly, Barrow called on the UN to enforce his electoral win. “I hereby make a special appeal to Ecowas, AU [African Union] and the UN, particularly the security council, to support the government and people of the Gambia in enforcing their will, restore their sovereignty and constitutional legitimacy,” he said.

Soon after Barrow’s speech, the UN security council unanimously backed a resolution that called “upon the countries in the region and the relevant regional organisation to cooperate with President Barrow in his efforts to realise the transition of power” – a statement that lent weight to Barrow but stopped short of explicitly sanctioning military intervention.

Play VideoPlay
Current Time 0:00
/
Duration Time 1:12
Loaded: 0%
Progress: 0%
FullscreenMute
Facebook Twitter Pinterest
The Gambia’s new president Adama Barrow takes oath of office
When the president of Mauritania arrived in the country on a final mediation mission on Wednesday night, Jammeh demanded that Barrow’s inauguration be delayed and that he be allowed to return to his farm in the Gambia, according to diplomatic sources. The sources also said Jammeh asked that Ecowas, the regional body that has been leading negotiations for the past month, be replaced as a mediator.

However, it is highly unlikely that Jammeh will be allowed any of these concessions except a safe haven. One senior member of the coalition told the Guardian last month that Jammeh had “bunkers and treasure” at the farm and would start an insurgency if he were allowed to go back.

Barrow offered an olive branch to the country’s military, which has changed its allegiance several times over the past month, with the chief of defence staff saying most recently that as Jammeh paid his salary, he answered to him. “I call on all civilian and military personnel of the state to support my presidency, since it is built on a constitutional foundation,” Barrow said. “They are assured that they will not be subjected to any injustice or discrimination but will be provided with better working conditions and terms of service.”

Halifa Sallah, the spokesman for Barrow’s coalition, said he expected Jammeh to change his defiant position when he saw that the military were no longer with him, which he thought would happen imminently. “Once the international community recognises Barrow, Jammeh will realise that he does not have legitimacy, and governability is also an impossibility, so he may decide to leave,” he said.

The Nigerian foreign minister, Geoffrey Onyeama, who was involved in mediation efforts, said: “There’s a bottom line. There’s a new president. He has to leave power. Ecowas is ready to take steps to ensure that the elected president is able to assume his mandate. The new president will have his say. He might not want necessarily to ride into Banjul on the tank of a foreign country.”