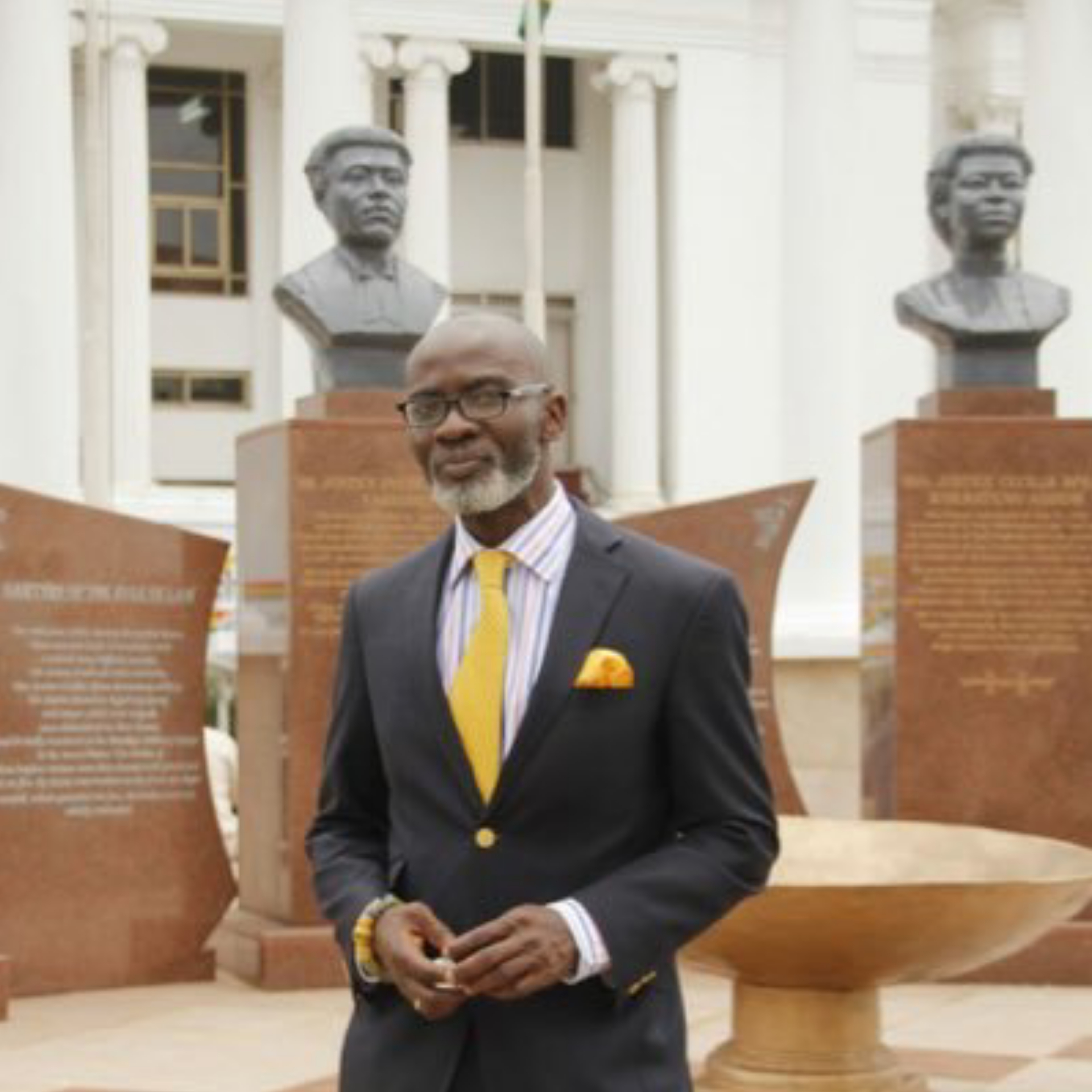 You might wonder as you read Grabby Otchere Darko’s post..is this person truly practicing law. After reading his post, I said to myself, May be he is not in touch with reality and may be retaliating against an imagined transgression.

It may also be that he has paranoid fear at the core and in order to defend his government, without established facts, decides to attack others. My only advice to him is ..time take away the sting, people eventually figure out the truth and recovery is possible.

And the NDC will always remain stronger, better, savvier. I don’t think Gabby have adequate information or knowledge about the issues he raised in his post.

Ghanaians are expressing shock and fury at how Government, through the National Identification Authority, would part away with that huge amount when there were many cheaper options . Many Ghanaians raised the alarm over the implication of the agreement.

We heard Ernest Owusu Bempah clearly on a television programme say the National ID project is the first strategy the Npp is going to use to ensure that Volta Region becomes depopulated on paper before the next election. It is now clear that the Npp folks are committed on their desire to use the ID card to disenfranchise some Ghanaians. This is because with their firm control of all organs including the NIA itself they hope to manipulate the exercise so that the Volta Region will have fewer voters thus permanently denying the NDC the chance of winning any future presidential elections. Gabby who is a stooge in the scheme of things has decided to attack persons who raise issues about the process describing their complaints as “silly lies”. Does Gabby know the number of foreigners holding Ghanaian passports who are so desirous of becoming citizens of Ghana? In most of the organised world ID cards have never been election requirements. Only in countries manned by dubious leaders such as Ghana under Akufo-Addo. The agenda is to link the ID card to our registration to enable the Npp disenfranchise true citizens of the land. This level of irrationality in some countries is what the Npp under President Akufo Addo want to import into Ghana. It may sound farfetched for the civilised analyst of political event. But it is quite credible when one considers that the Vice President Dr Bawumia, Gabby, and other Npp stalwarts are so beclouded by their hatred of the Voltarians that they described them as Togolese. Disenfranchising one single voter can create catastrophic consequences for this nation and Gabby must know that. We saw what happened in Ivory coast when Alassane Quatara was denied contesting election in the country because according to the authorities his mother was not born in that country. The agenda according to the majority Northern Muslims, was to deny them the opportunity of occupying the highest office. The same fate nearly befell Zambia when the man who led the country to its independence Kuanda was disenfranchised because his father was born in another country. In Ghana, Gabby’s party the Npp attempted to disenfranchise Jerry Rawlings because his fatter was a Scottish. We saw attempts by the Npp led by Dr Bawumia prior to the 2016 election, to disenfranchise some Voltarians when he presented that fake Togolese register. But must we be surprised seeing Gabby leading this anti-Volta crusade..J.B Danquah clandestinely worked against Nkrumah’s initiatives to add British Togoland to the mainland. He sponsored some voltarians to kick against the idea. In their first constitution drafted by J.B Danquah, Edward Akuffo Addo and others, the UGCC never mentioned the British Togoland, the Northern enclave and even to some extent, the Ashanti state. The agenda to weaken that part of the country for their political convenience has been there pre dating our independence.

The National Identification Authority is the custodian of the National Identity Database and would be constravening so many national security laws if it ever handed access to the National Database to a local company or organization, talk less of a foreign one. As we speak, we don’t know whether our security agencies have scrutinized the NIA and can attest that the Authority has put all kinds of processes and security measures in place to avoid such breaches of our security. You see, we just sign these contracts without making sure we scrutinise them thoroughly using our experts in the system. The same mistake was committed with the Kelni GVG contract. It is even illogical to use a passport or a birth certificate as documents we must produce to prove our citizenship. The National ID card is going to have special functionalities built in hence the call on government not to implement this serious project hastily. The issue of Ecowas biometric identity card is another crucial issue we must look at. According to the NIA and government to card is to distinguish Ghanaians from aliens. But this is a farce because an alien could easily go and register and get the card just as many have got the Ghanaian passport. The National ID card can never succeed or give us the envisaged result because there is still no standard residential addressing system in Ghana. The district assemblies are the competent authority that should identify their citizens, for the card to succeed the local assemblies must be the issuing agencies. Government should only supply the materials and staff that will carry out the clerical work as they have been doing in other civic registrations such as births and deaths. This is if at all Gabby and his party are interested in the success of the scheme and not in disenfranchising full blooded Ghanaians.

If Gabby is not aware, he must be told that Ghana as an independent nation is just few years older than the National ID card. The idea was conceived in the 1960s. His own government the UP government under President Akuffo Addo and Prime Minister Busia with a view of identifying those they described as aliens made the attempt. Some Labannse and Syrians who were covered by the 1957 automatic citizenship order, paid monies to the Busia administration to deport Nigerians etc in Ghana who were competing with them within the business space. Acheampong made an attempt but the initiative got struck. He should check from President Kufour whether his administration made any attempt at introducing the policy. Almost all the leaders made attempts either policy design or attempted to issue the card. The project has always been controversial, right from the time it was projected in 60s.

Gabby should wake Edward Akufo Addo , Busia and all the past leaders who attempted its implementation to give us back monies they spent on modalities and feasibility study. I don’t think Gabby is the same man some of admired so much in spite our disagreement with ideological disposition. He now sounds more like a spoilt cap. He has lost that finesse in him, because of cheap propaganda and arrogance, cannot give us his insightful articles.