Cousin of New Patriotic Party (NPP) flag bearer, Gabby Asare Otchere-Darko has hit back at the Founder, Chairman and Flagbearer of the All Peoples Congress (APC), Hassan Ayariga.

Mr Ayariga towards the end of last week launched a scathing attack at the flag bearers of the NPP and Progressive Peoples Party (PPP).

In one of the attacks, he was reported to have said ‘I made my first $1million at the age of 24 without working with any government. I have never been in a government position; I have never worked as a Minister for you to say I have stolen government money. I built my first house at the age of 22…; at age 72, my senior and my father, Nana Akufo-Addo, is still living in his father’s house. At this age 72, I would have retired from politics and been advising young men of this country to move this country forward and not contest with them anymore.”

The former People’s National Convention flag bearer accused Nana Akufo-Addo and Dr Nduom of contributing to the hardship in the country. According to him, the two nominees have served in government before and, therefore, “they have contributed in building this country”.

But Gabby Asare Otchere-Darko in response on his facebook page said “ I hear an “opposition” presidential candidate has started attacking Nduom and Nana Addo.

He says at 72, the latter should not be staying in the house his father built. Is this supposed to be an attack?!? If Nana Addo, one of Ghana’s most successful lawyers, were materialistic he would have probably owned 30 houses by now plus others abroad. What he has done is to improve upon what his father left him, dedicating all his energies to pursuing happiness for the greatest number of people.

He is overly generous with whatever wealth he gets. He is not greedy. He does not possess even a credit card and does not have a foreign account. Yes!

He owns three houses, one built by his father (Nima), another built by his mother (Kyebi) and one he built (East Legon), where he lived as MP and Minister. Ghana is blessed to have in 2017 a president who is not driven by material things for himself but for all citizens of his nation.

He is honest, he is selfless and he is not corrupt. He is just a simple man, with a big heart and mind” 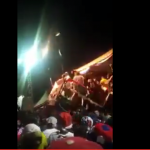 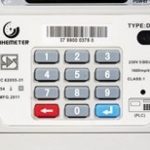