Fulfill promise to build Midwifery school – Mamprugu Youth to Mahama
The youth of Mamprugu Kingdom in the Northern Region have reminded President John Dramani Mahama of his campaign promise to build a Midwifery School in the area.
According to them, President Mahama made the promise as part of his 2012 campaign promises to the people of Mamprugu land.
President of a group called Zaabuni for Development; Musah Abdul Basit, reminded the President of his promise at the group’s official launch in Walewale.

He insisted that President Mahama ought to fulfill his long awaited promise. Musah Abdul Aziz explained that, the Zaabuni youth for development group was established as a bipartisan group to advance the transformational agenda of Mamprugu land.
He thereby cautioned politicians against any attempt to take advantage of the group for partisan benefits.
He further advised all members to be guided by the group’s constitution to achieve the purpose of its establishment.
Musah Abdul Aziz bemoaned the falling standards of education, inadequate water supply and the high HIV/AIDs prevalence rate as some of the area’s developmental challenges.

He called for a multifaceted approach to solve some of these problems. District Chief Executive for West Mamprusi, David Wuni, inaugurated the group and assured its leadership of the assembly’s partnership.
He tasked the group to stick to its bipartisan approach to help solve some of the myriad socio-economic challenges in Mamprugu land.
The opposition New Patriotic Party (NPP) Vice Presidential candidate, Dr. Alhaji Mahamudu Bawumia reiterated the need for a united Mamprugu land.

He urged the youth to desist from extreme partisanship and rather deepen peaceful co-existence in Mamprugu land.
Dr. Alhaji Bawumia pledged his party’s commitment to restore teacher trainee and student nurse allowances when the NPP wins the election in 2016.
According to him, the agriculture sector which is an integral part of the nation’s economic mainstay would be revamped.

Northern Regional Minister, Alhaji Mohammed Muniru Limuna, in a speech read on his behalf, said government was determined to uplift the image of Mamprugu land in line with the Better Ghana agenda.
He however posited that internet fraud locally known as (Sakawa), prostitution and hooliganism, have contributed to the rising threat of youth indiscipline in the country.
Alhaji Limuna encouraged the Zaabuni for Development Youth Group to help tackle issies of moral decadence in Mamprugu land.

The group was established by some concerned youth in Mamprugu land to galvanize the youth for constructive purposes.
The group intends to focus on education, health/sanitation, peaceful co-existence and youth employment.
The West Mamprusi, East Mamprusi, Bunkprugu/Yunyoo and Mamprugu Mogduri are the four districts in the Mamprugu kingdom. 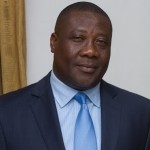 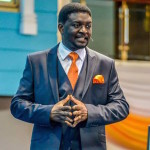