The National Association of Graduate Teachers (NAGRAT) says the frequent head counts of its staff is affecting output negatively.

The Association is unhappy about the head count and inspection of certificates of staff of the Ghana Education Service (GES) by institutions such as the Public Services Commission and the Bureau of National Investigations.

In January, the Controller and Accountant General’s Department begun a head count of all staff of the GES as part of measures to address the bloated public sector payroll.

But NAGRAT says the exercise is having a negative impact on its staff.
General Secretary of the Association, Stanislav Nabone, said, “the exercise is affecting our job performance”, he told Joy News reporter Kofi Mensah.
He said a whole day’s job is lost when all teachers in a district gather to be counted and have their certificates inspected, adding that “none of them is teaching in the classroom at that time, the children are left unguarded and alone to do whatever they wish to do, it is wrong.”
Mr Nabone questioned why teachers are the only public sector workers who are being counted, saying “the exercise is selective, we are not the only public sector workers so why us”.
Although he acknowledges that it is in the interest of NAGRAT that only qualified people are employed, he believes that “it is also in the interest of NAGRAT that we are allowed to do the job for which we are paid.”
So if the exercise interferes with how we are able to conduct our routine duties, we have to cry out, he insisted.
He said it was unnecessary for the exercise to be undertaken because government could liaise with the various institutions of learning for the information it needs and not necessarily the teachers themselves.
He said government has been informed about their concerns and the Association is hoping for an appropriate response sooner than later. 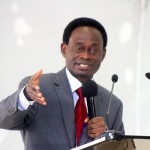