Critics of the policy have questioned its sustainability especially as government has revealed that it will set up a trust to receive donations from the public to support education in the country.

Former President John Dramani Mahama at an NDC unity walk in Tarkwa recently noted that the Akufo-Addo government failed to conduct extensive consultations to explore sustainable means of funding the programme thus its resort to setting up the trust for voluntary donations.

Despite the challenges confronting the policy in its first year of implementation, Mrs Ayisi believes the country can boast of enough resources that can be used to sustain the policy if leadership sets its priorities right.

Speaking to Class News on the sidelines of a town hall meeting in Cape Coast, she said: “I don’t think we don’t have the resources to run a good programme like the Free SHS. Like we indicated, it is a constitutional right, it is a right to enjoy, so, if we are enjoying and it is good, why can’t we put in resources to make sure we sustain it?

“As a country, we have everything. We have oil, we have gold, we have bauxite, we have the land, we have the beaches and these are all things we could generate some monies out of. If we do have a good leadership, we will be able to channel all of these resources into a policy that we think is good.” 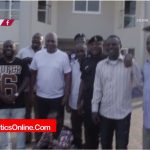 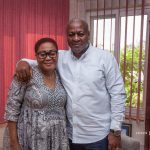