The Member of Parliament for Damongo Constituency in the Northern Region has blamed the mysterious deaths at Kumasi Academy Senior High School (KUMACA) to overcrowding as a result of the Free Senior High School policy by the government.

Mutawakilu Adam said the issue is a cause to worry because student population has increased leading to the spread of the illness and subsequent deaths.

The Minister of Health, Kweku Agyemang Manu, is expected to brief Parliament on Friday on happenings at the school which have seen a total of 11 students die – since April – following a suspected outbreak of meningitis The situation has created fear and panic in the school. Technical teams from the Ministry of Health and World Health Organization (WHO) were dispatched to the school on Tuesday to investigate the cause of death.

Commenting on the issue on TV3’s New Day on Wednesday, the MP for Damongo said: “The overcrowding [in the school] might have caused the deaths”. “It is an epidemic and it is a cause for worry and by now, the Ghana Health Service should have set up an emergency unit in the school. We needed to have an emergency unit there for quick response.”

The National Democratic Congress (NDC) legislator added: “In the state of panic and fear…you don’t know whether it is as a result of congestion. So it is good parents went in to take their wards. If you have your ward under your care, you can take him to any proper hospital for treatments”.

He said the development will have a “psychological effect” on both parents and students. But the MP for Sekondi Constituency in the Western Region, Andrew Kofi Egyapa Mercer, who was also on the programme, disagreed with his colleague on his assertions that the illness was as a result of overcrowding in the school.

“It cannot be the case that the issue is related to overcrowding due to the free SHS. It is only better that we leave it to the professionals to conduct their investigations so that students can go back to the school after the closure,” the MP suggested.

A Senior Lecturer at the University of Education, Winneba, in the Central Region, Dr. Ahmed Jinapor, was furious about the lukewarm habit of leaders in the country. He said it has become a norm in the country that whenever an issue occurs, a committee is set up but its reports are not implemented. “We are in the state of confusion because the issue started since March 2017. What has been the report? Did the people go to sleep? That is our nature,” the lecturer stressed.

“The psychological trauma the students and teachers are going through is huge. They are still in a state of panic so let’s try and get this illness contained because they made contacts between teachers and the students”.

The Lecturer does not understand why the school is situated in the heart of Kumasi yet such illness has not been able to be contained since March this year. “KUMACA is in good condition.

It has good and best infrastructure. It is not Damongo SHS. It is not Bongo SHS. Look at where it is situated. It is closer to Komfo Anokye Teaching Hospital but they still can’t contain it and that is serious.” 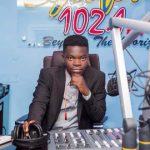 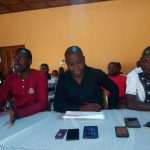