The 1st Vice Chairman of the opposition New Patriotic Party (NPP) may be the next target in the series of high-profile suspensions ravaging the party as serious pressure has been mounted on the National Council- the highest decision-making body of the NPP- to suspend him.

The petition is a culmination of several calls in the past couple of weeks by a cross-section of party members for Freddie Blay to be gotten rid of because of what they described as him being responsible for the confusion currently rocking the party.

The petition intending to mount pressure on Freddie Blay to vacate his position, was copied to several high ranking officials and decision-making bodies of the party including the National Executive Committee, the office of the National Chairman, the office of the party’s flagbearer, former President John Agyekum Kufuor, the General Secretary Kwabena Agyapong, the Minority Leader, Osei Kyei Mensah-Bonsu, all Steering Committee Members and the Disciplinary Committee of the party.

Freddie Blay, a close ally and loyalist of the NPP flagbearer, Nana Akufo Addo, is allegedly being used by the flagbearer to undertake his hatchet jobs including silencing top party members perceived not to be loyal to him. One such hatchet job is reportedly the series of manipulations by Freddie Blay leading to the eventual suspension of Paul Afoko, the National Chairman of the main opposition party perceived as anti-Akufo Addo.

Freddie Blay is at the centre of what has been described by party members as a Coup d’état to get rid of Paul Afoko so he could assume the National Chairman’s position. Already, this has drawn anger from some top ranking members of the party. The second vice chairman of the NPP, Sammy Crabbe has categorically stated his intention to rebel against any attempt by Freddie Blay to assume the Chairmanship role.

“…I don’t see him [Freddie Blay] as chairman and if he convenes a meeting I’m not going. If I do, next time you’ll be asking me to recognize a coup d’état. I can’t just accept that. I’m courageous,” Sammy Crabbe fired.

According to party sources, the level of disgruntlement with Freddie Blay is worsening by the day. He has been accused of usurping the powers of the National Chairman of the party by convening meetings and taking decisions behind Paul Afoko before he was eventually booted out.

Freddie Blay is being accused by the petitioners of conniving with the party’s National Treasurers, Mr. Abankwa Yeboah, to re-activate a dormant party account named ‘NPP 2010 Campaign’. The two are reported to have operated the account opened at the Trust Towers branch of Ecobank Ghana without the knowledge of the National Chairman, Mr. Paul Afoko, the General – Secretary, Mr. Kwabena Agyepong, Steering Committee, National Executive Committee, National Council and the National Finance Committee.

The controversies over the account had seen the ousted Paul Afoko going public with allegations of possible corruption and misappropriation of funds in the main opposition party.

The antics of Freddie Blay is reported to have resulted in the various violent confrontations between rival groups in the party leading to the recent cold-blooded murder of two officials of the party-Abubakar Saddiq, a constituency executive of NPP’s Asawase Constituency and Adams Mahama, the Upper Eastern Regional Chairman of the NPP.

“Mr. Freddy Blay since he became the 1st Vice-National Chairman of the NPP, has consistently through overt and covert means brought the general interest of the party into jeopardy. Mr. Freddy Blay together with the National Treasurer, Mr. Abankwa Yeboah reactivated a dormant party account with the name ‘NPP 2010 Campaign and operated it without the knowledge of the National Chairman, Mr. Paul Afoko, the General – Secretary, Mr. Kwabena Agyepong, Steering Committee, National Executive Committee, National Council and the National Finance Committee. This is a clear misconduct and a case of insubordination on the part of Mr. Freddy Blay which violates Article 9 (E) of the NPP’s constitution…” the petitioners wrote.

Further grounds for Freddie Blay’s suspension includes what the petitioners say is his complicity in the scandalous ADB bank multi-million cedi bribery allegation that has started a serious police investigations which has already implicated an NPP Member of Parliament (MP), Alexander Afenyo Markins.

“The matter is subjected to a police criminal investigation currently and has the tendency of damaging the image of our party in the eyes of well-meaning Ghanaians and the international community since it involves Mr. Freddy Blay who occupies an important position within our party, thus, 1st Vice-National Chairman,” the petitioners stated.

It is reported that Freddie Blay masterminded the secret recording around the ADB bribery scandal that nailed Alexander Afenyo Markins through one Bonzoh K, Mr. Blay’s Special Assistant and the party’s Parliamentary Candidate for the Ellembelle Constituency.

This is despite reports that Mr. Blay was allegedly the conduit to which the deal was brokered between ADB and Mr. Alexander Afenyo Markins. Freddie Blay, a family relations of the ADB boss is reported to have sent Bonzoh to convince Mr. Afenyo Markins to abort a Supreme Court proceeding against ADB in the sale of its public shares.

“It is also alleged that there were some degree of bribery and extortions, and therefore, when the deal went bad, Mr. Freddy Blay decided to ruin Mr. Alexander Afenyo Markins by setting him up for recording through his long-standing protégé and aide, Bonzoh K,” alleged the petitioners.

The petitioners further noted the possibility of Freddie Blay being compromised by the ruling National Democratic Congress (NDC) government: “It must be noted that, ADB is a government owned bank and therefore, its dealings with our party’s 1st National Vice-Chairman of our party must be a great worry to us all. The complicity of Mr. Blay in this matter has a high probability that he may be compromised or even be blackmailed by government into doing its bidding. A situation either way, I believe can be fatal to the electoral fortunes of the NPP,” they stated.

Making a case for the suspension of Freddie Blay, the petitioners reasoned that “The party therefore cannot risk its core objective of attaining political power to the actions and inactions of Mr. Freddy Blay as we enter into an election year.” 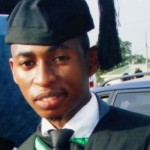