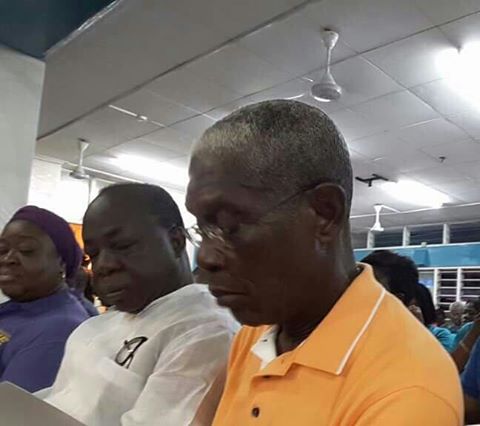 Mr Anyidoho said Mr Blay – once referred to as ‘Opana’ by President John Mahama – slept because he does not believe Nana Akufo-Addo will win the elections.

Nana Akufo-Addo was the first of 17 presidential aspirants to submit nominations for the 2016 general elections slated for December 7.

“Even the last time Nana Akufo-Addo went to file at the EC, Freddie Blay, the acting pretending chairman of the NPP slept during the filing session.

“He rather spends all his time using the Daily Guide to advertise President Mahama because he himself does not believe Nana Addo will win this election.

“You have an opposition party with two months to a very crucial elections they still have no documented formula for what it is the alternative game plan is. So, who takes such a bunch of people serious?” he asked on 3FM. 3news