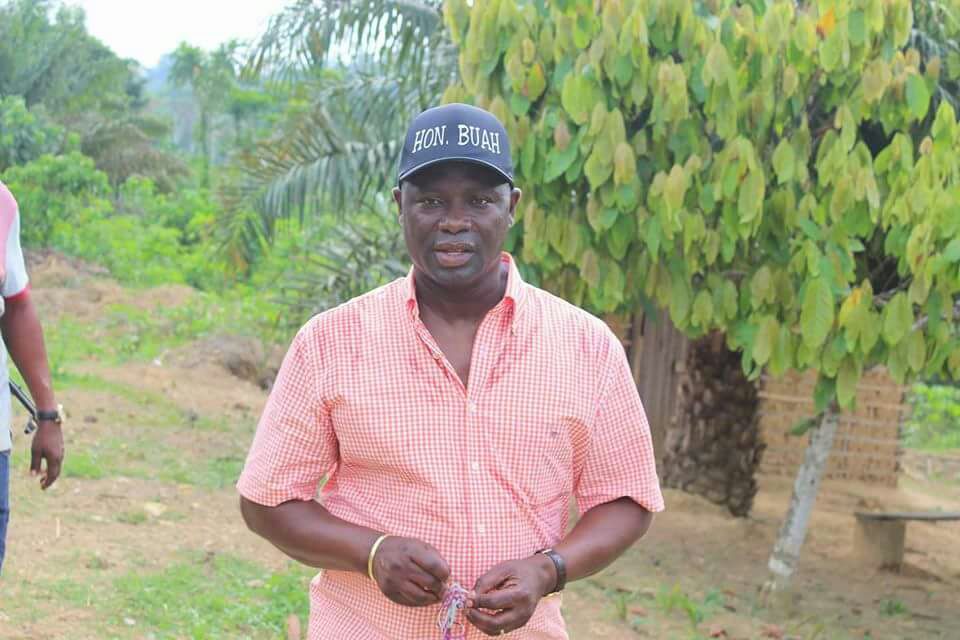 The immediate past Minister for Petroleum, Hon. Emmanuel Armah Kofi Buah has made a strong claim for the construction and naming of Ghana’s third FPSO, FPSO John Agyekum Kufuor.

The ex-Minister describes the efforts leading to the construction of the FPSO Kufuor, as one of the most strategic investments and the biggest achievements of the John Mahama administration.

Hon. Kofi Buah, who is also the current ranking member on the Energy and Mines committe and Member of Parliament for Ellembele, in an interview with journalists on Thursday said: “President John Mahama led Cabinet into deciding to name the third FPSO after the ex-President, in recognition of the role that He played leading up to the 2007 discovery of oil in commercial quantities.”

He explained that the Cabinet decision taken sometime last year, enabled His Ministry to communicate to GNPC, ENI, and the other partners to do the necessary embossments on the vessel.
“This is the single largest investment ever to be made in our oil and gas industry, so I personally took it upon myself to inform the partners of the decision of the President, that the name for the vessel should be MV JOHN AGYEKUM KUFUOR”.
“I say so because I communicated the news to HE Kuffuor”.

FPSO John Agyekum Kufuor which will set sail to Ghana shortly after the naming ceremony in Singapore
Will initially produce about 40 thousand bbls/d of oil by The 3rd quarter this year and then produce 180mmscf/d by first quarter 2018.
Enough to power about 1000mw of power. The Sankofa Gye Nyame Gas Fields, offshore Ghana, is a partnership between GHANA, represented by GNPC and Italian government’s ENI Oil, and others.
The USD 6 billion project received global acclaim including a world Bank partial risk guarantee, the first of its kind in Africa.

Hon. Kofi Buah told the media, “We are very proud of this feet. Ghanaians will soon feel the impact of this John Mahama legacy in their homes, shops, offices and industries, as we will be having reliable lean Gas to fire up our country and spark our industrialization aspirations.

“We only hope that this new government remember the negative criticisms they put up against us during the period we were working tirelessly on this project. We hope that as they are preparing to enjoy our sweat, they will thank President John Mahama for his leadership in this regard and come to the realisation that in this business, pedestrian and negative criticism that we see in politics, has no room in the oil and gas industry. It is very technical and requires a lot of hard work to achieve results.”
The former Minister recounted the many Press Conferences that the NPP held as opposition party, criticising the Sankofa Gye Nyame projects, even at a time that the Italian Prime Minister was on an official visit in the country to discuss trade between the two countries.

Akufo-Addo has lost control of Ghana to hoodlums – Asiedu Nketia
JB murder: Give us justice – Family tells Akufo-Addo
To Top