Some four Yemeni nationals who were arrested by the Bureau of National Investigation in November last year for entering the country with fake French passports and visas have been charged with forgery.

They were charged after they were hauled before an Accra circuit court for allegedly entering Ghana with fake French passports and concealing their real identities.

All the suspects reportedly concealed their Yemeni identities and feigned French nationalities in an attempt to beat security personnel at the Kotoka International Airport in Accra.

It is not clear what their real motive of hiding their Yemeni identities was.

The four people entered the country as far back as November 2015, before the suspected two Al-Qaeda foot soldiers detained in Guantanamo Bay in Cuba – who are also Yemeni nationalities – arrived in Ghana for their two-year stint.

It’s not clear if the four suspects’ visit has anything to do with the presence of the Guantanamo Bay former detainees.

According to the prosecution led by DSP Aidan Dery, the four on November 24, 2015, did forge official documents being the Republic of France Passport Number 04417928.

The accused persons were arrested by the Bureau of National Investigations (BNI) at the Kotoka International Airport in Accra in November with different names in their French passports. They arrived at KIA on board Ethiopian Airline Flight ET 920.

However, speaking through an Arabic interpreter, the accused per¬sons denied the offence.

A further search on them revealed that all the accused persons had Yemeni passports also.

When they were quizzed they mentioned one Abdulai Mohammed in Yemen as the one who secured them the French passports and gave them a phone number to call a certain Mohammed in Ghana on arrival.

The accused persons were to transit in Ghana and continue to France and then to Istanbul in Turkey.

A further examination of their Yemeni passport indicated that Allerson and Carlos had travelled several times to Djibouti in Africa before their trip to Ghana. 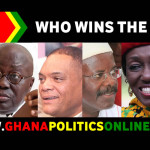 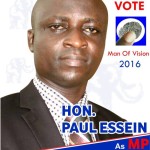