A statement signed by Mr Frank Agyekum, the Spokesperson/Special Aide to the former President and copied to the Ghana News Agency on Wednesday said “Fellow Ghanaians, it gives me great pleasure to greet you on this New Year’s Eve.

“My wish for our nation and all of us into the coming year, is a reprieve from the many and seemingly endless challenges that have beset us through the just ending year, 2015,” it said.

The statement said scandals and perceived corruption in governance and the society generally, socio-economic hardships such as unstable currency, unstable power supplies – undermining both industrial and domestic ventures.

It also mentioned executive bureaucratic delays in the public sector, especially at the ports, many industrial actions, protest demonstrations throughout the economy, sudden and high tariff increases for utilities, and ever-bloating national debt stock, have hall-marked the out-going year.

It said the incoming year, 2016, must be a year of decision for the nation to arrest this dangerous slump of the society and economy.

The statement said people must decide for good, efficient and accountable governance at all levels of government.

It said civil society organizations, traditional leaders and religious groups must assume responsible guidance within their remits to ensure that the entire citizenry of the nation live up to the spirit and letter of the national constitution which enshrines inclusive democracy as the way of life for all of us.

It said 2016 is significant because it is the year of Election for both the Presidency and the Legislature.

“The people must show through their conduct and choices that they understand the uses of the vote.

“Sustained transformation of society will not come through short-sighted and short-term inducements.

“We must examine critically the track records and manifestoes of the contending parties before we make our choices in the election,” it said.

It said the Electoral Commission must be resolute in its independence and impartiality as enjoined by the national constitution, in officiating the elections.

The statement said the security agencies of the nation must uphold the integrity and security of the national constitution and the state which are above all institutions, parties and individuals of the land.

“We must all resolve to enter and live through this New Year with this determination so that the outcome of the elections will ensure us with the government we can all accept and work with in good faith and in peace.

“This is how to give our nation and its citizenry the sustained peace and direction to real development and dignity that we must have,” it said. 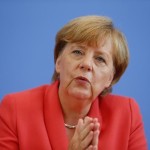