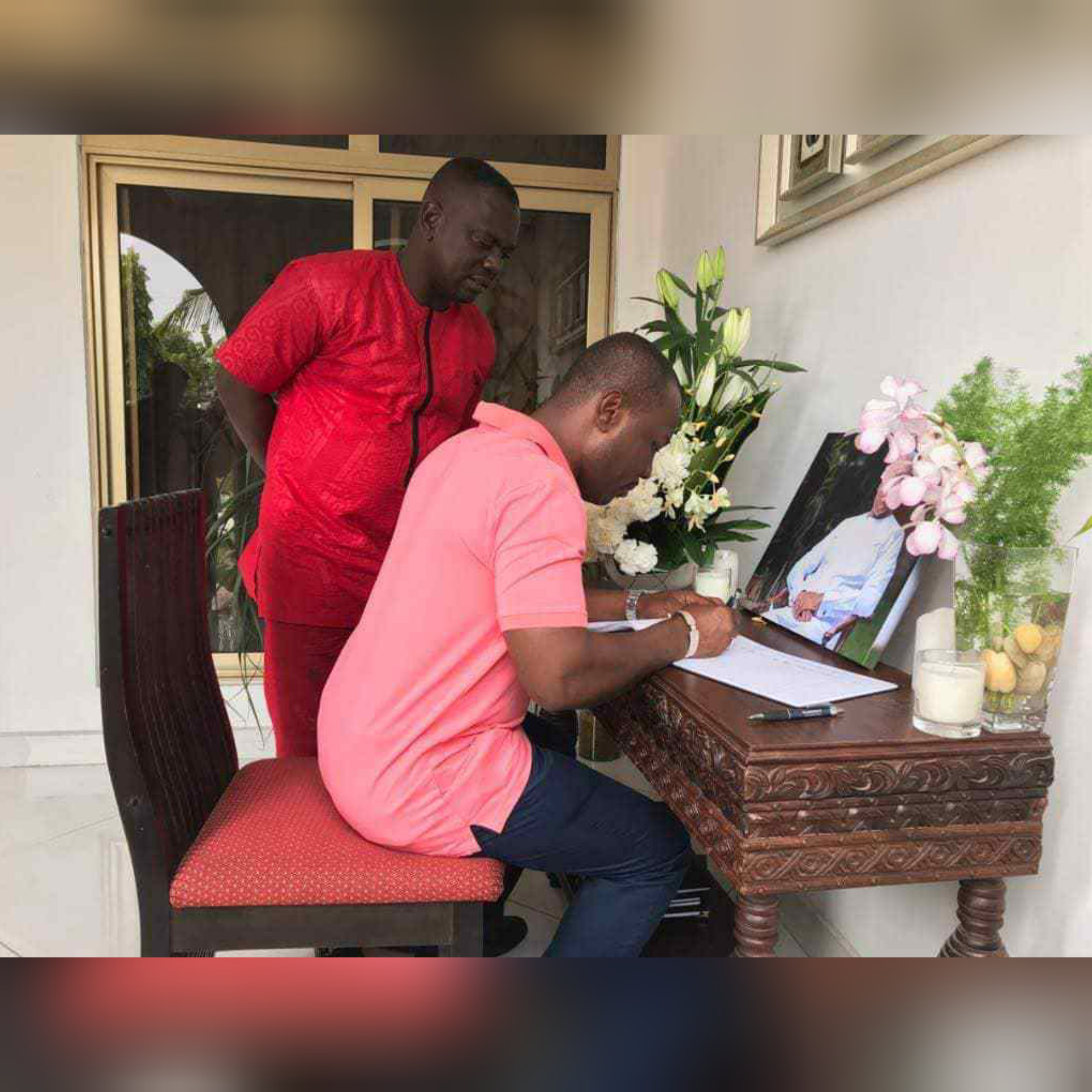 During a visit to the bereaved family to mourn with the widow, he said ” I am short of words, he was more than a father to me, his death came as a shock to the former Ayawaso West Wuogon Chairman of the opposition National Democratic Chairman.

He was accompanied by Hon. Tetteh Tsai, former Member of Parliament and aspiring Greater Accra Regional Secretary and some Constituency Executives of the National Democratic Congress (NDC), Jajah consoled the widow and family, signed the Book of Condolence and extolled the former Vice President.

Speaking to the family and later to journalists, the former Chairman recounted how the late Vice President respected all and sundry. “Paa Kwesi was not only our Vice President, he worked closely with my constituency before and during the last election.

Tetteh Tsai, a former legislator described the late Vice President as a man who knew what he was about. According to him, he was the only politician who was not alleged to have involved in corrupt practices. He served with distinction, he was a perfect gentleman.
He urged members of the NDC to emulate the ingenuity of the late Vice President in the reorganization process and be mindful of miscreants parading themselves in wolf skin.