Government has come under pressure barely 18 months into its implementation of free SHS as cracks surface over a policy preached for eight years whilst in opposition.

After a rare admission by the Finance minister welcoming a debate over the viability of the president’s flagship policy, former Education minister has in an even rarer interview told the government it was forewarned over the electoral promise.

The Finance minister in an interview with Citi TV said free education “is not something any of us can compromise on” and “true it may be that there have to be changes in the way in which we are administering it”.

“I can’t take my child to Achimota ….and drive away and Ken Ofori-Atta not pay anything whilst I can pay for 10 people”

He said targeting the poor in free SHS implementation requires data to determine who can afford to pay or not.

The minister said the government would “rather make a mistake. If it is a mistake, to get everybody into the [education] system for the nation to begin to have a conversation and say this is good for us…but maybe let’s begin to adjust it this way”.

He said varying the policy is “not a bad thing” and called for a national conversation on the popular policy.

The new language of President Akufo-Addo’s most trusted minister comes after government said it is introducing a new school cycle to regulate the large classroom sizes that have plagued schools since government rolled out the policy in September 2017.

Known as the double track system, the new system divides the entire student body and staff into two different tracks. So while one track is in school, the other is on vacation.

In a single-track system, students and staff are in school or vacation at the same time within an academic year.

The funds are coming from Ghana’s oil revenues and covered more than 400,000 students in its first batch of beneficiaries.

The financial burden, the classroom burden and the Asantehene’s call on government to prepare for the serious implications that policy will have on admission into tertiary institution has restarted another debate about government’s thoroughness in putting together the policy.

Jane Naana Opoku Agyemang who served under the Mahama government repeated her government’s position in the heat of the free SHS debate ahead of the general election in December 2016 that Ghana had not reached the stage for free second cycle education.

While admitting that paying fees was hard on parents, she said it would be harder on public finances and quality of education if government was to foot the bill.

She explained the feeding component for boarding school was the heaviest drain on government’s educational commitment for second cycle schools.

If education was to be free then the best approach was a targeted response, she said. There was the idea of redesigning admission forms to collect data which could show if a student would qualify for free SHS. 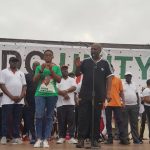 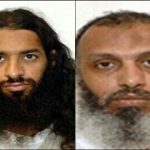