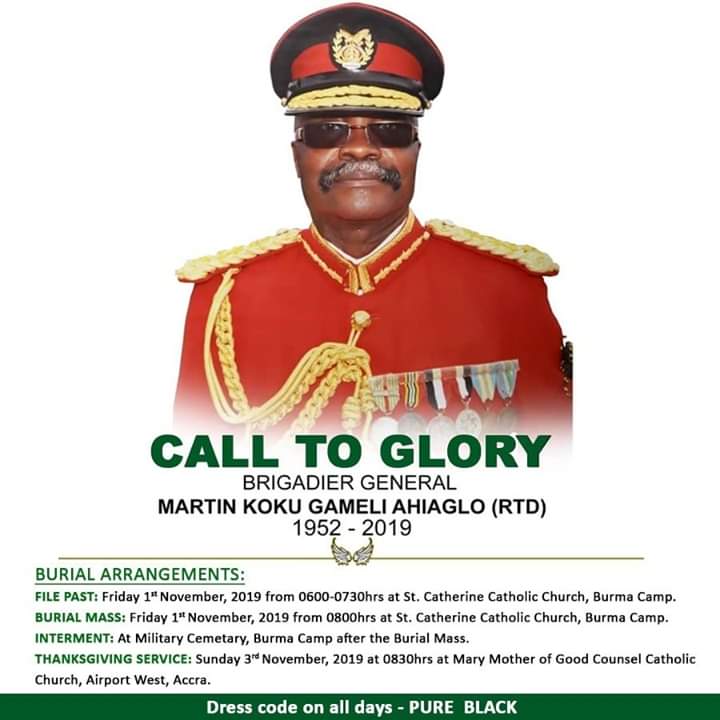 Attractivemustapha.com reports that Brig. Gen. Martin Ahiaglo had been battling an ailment for a while until his unfortunate demise.

He was the General Officer Commanding, GOC, of the Southern Command of the Ghana Armed Forces until his retirement from the Military.

We sympathize with our dear mother Honourable Abla Dzifa Gomashie in these difficult moments.