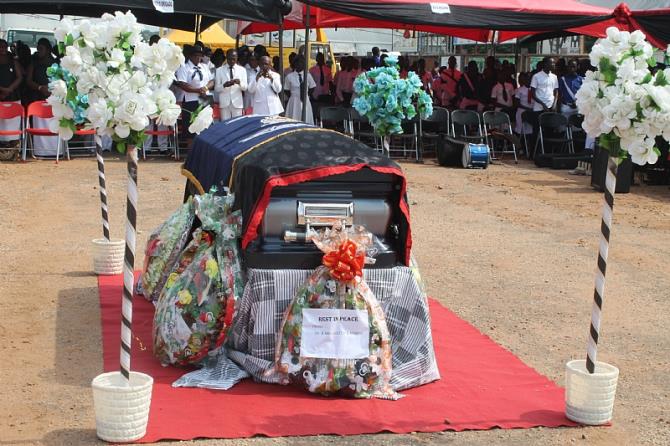 The late Mr. Mensah, was an elder of Adabraka Presbyterian Church which they organized church service for Deadly Decision actor.

Nii died at the age of 54 years and his final destination was at the La cemetery, Accra.

The Minister of Tourism Creative Arts, Elizabeth Ofosu Agyare, MUSIGA and colleagues from the Arts and Creative Industry Idikoko, Papa Nii, Kofi Adjorlolo and others paid their last respect to the legendary Nii Odoi Mensah.

‘The Arthurs’ sitcom Television actor passed away Tuesday April 12, in China, where he had gone for a transplant after several years of battling kidney disease.