The Ghanaian voters particularly the youth are not much concerned about our National Team winning the African Cup, World Cup and any other Continental Cups.

After all, no Political Party and Presidential Candidate has ever made a promised to win Football Cups for Ghana.

Are we going to Chop the Football Cups?

NDC is priding itself of winning Football Cups for Ghana but I never knew GFA which is offspring of FIFA was an organ under NDC Government. The Success of GFA President in the name of Ghana cannot be credited to the President of Ghana.

GFA is not the only sports association under the Ghana Sports Authority and the Ministry of Youth and Sports but too much attention and investment has been given to GFA at the detriment of other Sports which is very bad.

Past Governments of Ghana has supported the budget of Black Stars with billions of dollars over the last 30years just to win African Cup and to qualify for World Cup competition BUT the billions dollars investment in Black Stars has been Wasted without a single trophy and in fact their continuous participation in African Cup of Nations and World Cup has not help the Ghana’s economy in anyway in terms of foreign investors and appreciation of our Cedi.

Some of our useless Black Stars Players don’t even pay taxes to improve the state of our economy. They rather used their cash for luxury, pleasures of women and stupid stuff without resort to local investment to help reduce unemployment rate in Ghana.

Some of the useless Black Stars Players don’t even help their formal local Clubs with money and Sports facilities to help improve our local league.

I wish President Akufo-Addo and the NPP Government and any future Governments should forget about the financial investment in non-profit Black Stars and strictly focus on investing our little financial resources on the delivery of their campaign promises and fulfilled their Social Contract to Ghanaians.

The Youth need Jobs and NOT Football Cups. Football Cups with the presence of alarming rate of unemployment is a fruitless glory.

The Voters need Economic Stability and prosperity and NOT empty pride of winning Football Cups.

2020 General Election is not about the performance of Black Stars, other National Teams and Trophies.

President Akufo-Addo Government has to focus on making the economy strong with our little financial resources and not waste it on non-profit Black Stars Players.

Lastly, I wish to commends the Chief of Staff for ordering the returns of State properties from our State Robbers.

I wish to also caution the NPP B/A Regional Youth Organizer to be circumspect about his politicking. If he thinks he has suffered for the Victory of NPP he must note that others have suffered on the highest level than his lowest level but they are quiet, patient and respectfully looking at the appointing authority.

The Victory 2016 of Akufo-Addo did not start in 2016 so B/A Youth Organizer don’t let militancy, hangover and rented arrogance of power create bad image for President Akufo-Addo Government .

Victory 2016 was a collective efforts and Not individuals noisemaking. You are just a Youth Organizer so be modest.

Well I wish to recommend Dr. Kingsley Nyarko to help in the coaching and mentoring of NPP B/A Youth Organizer.

We hope that this current NPP Government Appointees will also not hijack State Vehicles and Properties. 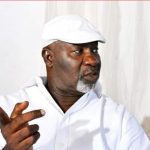