Fire has ravaged through portions of the Unilever factory in Tema on Saturday afternoon destroying property running into hundreds of Ghana Cedis.

The cause of the fire is not immediately known but thick dark smoke was billowing from the factory and could be from a distance. Personnel of the Ghana National Fire Service we managed to get to the scene on time and have been fighting the fire at the time of this story.

Police officers have also been deployed at the entrances of the Unilever factory to prevent onlookers from rushing into the factory to loot.

TV3’s Josephine Frimpong who was at the scene of the fire reported that workers who were in the facility as of the time of the fire had all been evacuated.

No casualties were recorded but it took officials a little over two hours to put out the inferno. The fire which was spotted at about 3:30pm has now been brought under control. Eye witnesses said they spotted a thick smoke billowing from one of the warehouses in the factory.

Struggling to put out the blaze, fire men had to call for re-enforcement from the Ghana Ports and Harbours Authority, the Tema Oil Refinery and the Industrial Area team to fight the fire.

Meanwhile, officials of Unilever Ghana say they will launch an investigation into incident. 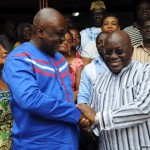