Samuel Okudzeto Ablakwa,Felix Kwakye and the former deputy Chief of Staff, Valerie Sawyerr, on Thursday, joined to sign a petition book, that has been opened on the premises of pro-government station, Radio Gold, and at the Freedom Centre, ostensibly to pile pressure on President Mahama, to grant presidential pardon to the Montie FM trio, jailed four months by the Supreme Court, after they were found guilty of contempt.

Alistair Nelson, Godwin Ako Gunn and Salifu Maase, alias Mugabe, were sentenced to serve four months in jail on Wednesday, after they were found guilty of contempt charges. This was after they threatened the lives of the judges who were presiding over a case on the credibility of the voters’ register.

A group calling itself the Research and Advocacy Platform (RAP), which opened the petition book, is pushing the signature collection in a bid to persuade President Mahama to activate his prerogative of mercy powers under Article 72 of the 1992 Constitution.

The petition book has garnered signatures from notable NDC officials and government appointees including the Deputy Chief of Staff, Valerie Sawyerr, and the Deputy Minister of Energy and Petroleum, Benjamin Dagadu.

The trio were also fined Ghc10, 000 each or in default serve an additional one-month jail term. The four directors of Network Broadcasting Limited, owners of Montie FM; Ato Ahwoi, Edward Addo, Kwesi Kyei Atuah, and Kwesi Bram Addo, are also to pay a fine of GHc 30,000. 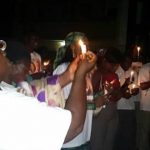 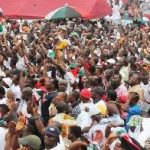