The Deputy Minister of Education Samuel Okudzeto Ablakwa has denied claims that his wife and daughter were involved last week’s gas explosion at La, Accra.

Bizarre rumours claiming that the minister’s family have died from the gas explosion swept across Facebook.

The rumours appeared to have been ignited by unknown websites.

However, in a swift response to quell the rumour, the minister described the publication as ‘malicious,’ urging the public to disregard it.
play

In a Facebook post, he said: “I wish to express my deepest gratitude to the many who have been worried and have made contact with me since the maliciously evil publication that I have lost my wife and daughter in this week’s La gas explosion.

“May I confirm to you all that by the Grace of God my dear wife and our daughter are well and hearty. They were nowhere near the incident.
“Fortunately, the wishes of evil minds are not the wishes of God Almighty.”
In addition, Ablakwa denied claims that he own gas stations.
According to him, it is a cowardly propaganda began some years back to tarnish his image.

He, therefore, called on the incoming government to laugh a full blown investigation into his so-called gas station empire.
He said: “Also, and for the avoidance of doubt, contrary to the claims in that wicked publication, my wife and I do not own any gas station on this planet.

play
“It is obvious that the depraved minds who exhibited their unGhanaianess by putting this devious article together further sought to perpetuate the cowardly propaganda they began some years back that I own gas stations and that these gas stations are proceeds from corrupt practices.

“Perhaps, this is an opportune moment to invite the incoming government to launch a full blown investigation into my so-called gas station empire. Additionally, I should observe, that the much anticipated Special Prosecutor must also take interest in this matter. It’s time to move beyond propaganda leaflets, spurious websites and faceless character assassination and take bold action in the fight against corruption.

“My heartfelt condolences to all bereaved families of the La gas explosion. My thoughts and prayers are with the injured and their loved ones including the Alan Kyerematen family. By His stripes we are healed.
“Permit me to use this rather awkward opportunity to wish my loving wife and pillar a happy birthday. May God grant you long life. You have been a blessing.

“Merry Christmas and a happy new year to you all. 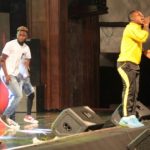 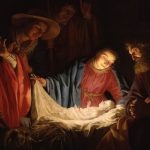