No non- partisan Ghanaian with even the littlest intelligence doubts that lies and propaganda are the Akufo-Addo’s government most potent tools of governance. We have to admit that as a propaganda merchant, the President himself has shown great ingenuity and cunning. He is in fact an ace at the game. He and his party are spending billions of cedis and time moulding public opinion.

Under the last administration, so far as comments or criticism were concerned, the press, civil society organisations, pastors etc retained a very wide measure of freedom. One cannot say same under this administration. The reverse of what pertained under the last administration is not only the case, but the press; radio, television, online websites (portals) and the newspaper industry in Ghana has lost its independence and public ownership; making it one of the most gagged and corrupted media industries in the world, with an exception being the few media houses perceived as anti- the administration. Some of the online portals are battling for their independence and freedom from political corruption and flagstaff house censorship. The Akufo-Addo government, through its spectacular incompetence, corruption, nepotism, insensitivity and arrogance, has made life in Ghana a punishment for majority of Ghanaians including millions who voted for the Npp. Now, they want Ghanaians on whom they inflict so much pain not to give expression to their grief. The situation Ghanaians find themselves is like striking children with hardwhips and asking them not to let out the wail of anguish.

Ghanaians have started demanding to know the members of the government’s economic team. The government since its inauguration has made former President Mahama and his administration its major policy, all we witnessing is unprecedented hardship, corruption, nepotism, political intimidation, lies and cronyism. The government has no clear cut policy and direction. The Akufo-Addo administration can be said to have done extremely well in propaganda. Instead of focusing on the promises they made in opposition, they are dissipating their energies and resources on propaganda to cover up the incompetence and inadequacies of the administration. Ghanaians including some ardent supporters of the President do not take him serious again because he and his administration have failed the masses who thought that “Mr Incorruptible’ was the messiah as he and his administration continue in their lies peddling to cover their incompetence.

So far, all the projects commissioned by the President are projects implemented by the last administration including the famous Wa Water project. The administration cannot point to one single project implemented from the over $30 billion loans it has contracted. Peddling of falsehoods and propaganda has been institutionalized and its on rampage in Ghana and the government’s arch propagandist and professor of falsehood Mustapha Hamid and his group are executing the agenda with dexterity. It is obvious that the real motive behind this latest propaganda onslaught and falsehood against the last administration with regards to the Gitmo 2 issue using conformist media and some of their paid agents is to cover the Cash for Seat issue and cover their gross incompetence. Gradually, the President through his own actions and pronouncements is unmasking the real “Akufo-Addo”. Those who believed his self imposed incorruptible credential have changed their position after only a year in government. Hired and conformist columnists have been recruited and directed to awash their newspapers columns, online portals and radio station platforms with associated falsehoods and propaganda so as to divert the public’s attention from the corruption going on in this administration, its incompetence, nepotism, and the hardship Ghanaians are going through. The assigned job is becoming difficult for these agents to execute because of the magnitude of hardship inflicted on Ghanaians, the corruption and the nauseating arrogance. Relatives of the President are buying expensive mansions and other properties across the globe under a president who promised Ghanaians will not run a family and friends administration. His family members are being paid special allowance through a code system designed by those in government. The brother of the President, nephews and children have taken over the oil and energy sector. The President hailed his cousin the finance minister as the best ever when he knew very well that the finance minister had breached all the basic ethics with regards to capital market operations and our laws.

The saddest aspect of the mess we find ourselves is that respected persons who under Mahama vehemently chastised the administration over every policy it implemented, have adopted a new communication concept of picking events of the 90s and using them to justify the mess going on. For the first time in the history of this great country the police service is going to organise a special prayer and fasting programme to seek for God’s intervention in the ongoing killings and robbery going on in the country and these paid to defend communication experts are not worried. We all witnessed the peace we enjoyed under Mills and Mahama.

State agencies including the statistical service, the Auditor General etc have metamorphosed into surrogates of the administration putting out fake figures and information every week just to divert the public’s attention from the mess going on. The situation in the country is more than culture of silence. People are afraid to criticise the administration for fear of losing their jobs and insults from government quarters. But for long will this Hitlerism continue. The respected rating agencies have started putting out the real information about this administration and its performance. The world bank and other global bodies have started exposing the weaknesses of the administration. You can continue with the praise singing agenda, the respected agencies will continue to expose the mess. We saw more sophisticated propaganda under Kufour, we saw how persons perceived anti the administration were banned from appearing on state television and radio, we heard the loud voices when the administration went to a hairdressing salon etc but in the end, government officials were seen kneeling before the electorates begging for the mess they committed. 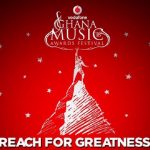 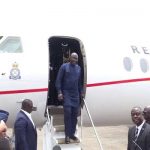