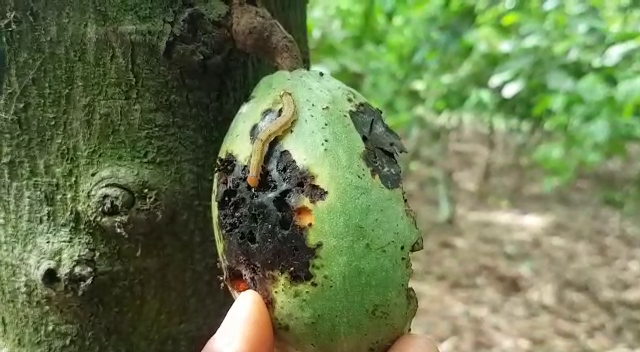 Control measures have been put in place to prevent further spread of the Fall Army Worm (FAW) and government does not expect its destruction of farms to go beyond 10percent, Deputy Food and Agriculture Minister, Dr. Sagre Bambangi, has said.

He told the B&FT that the level of destruction, so far, is around 6percent and that, the ministry actually expects overall food security to have a net gain due to increased food production this year.

Over 112,000 hectares of farms have been destroyed by the fast spreading Fall Army Worm (FAW) and even though further spread is likely, the minister said control measures are sturdy enough to contain it.

“The important thing is to have control measures available, so if it affects any farm, the necessary measures can be taken. For instance, if a farmer detects the presence of the worm today and is able to report, within 24hours, the ministry will respond, and we have chemicals in all the regions and districts ready for such combat,” he told B&FT in Parliament.

The Ministry has already given assurance that the Fall Army Worm (FAW) infestation that has affected farms in nine regions has been contained.

He assured farmers that the ministry was doing everything possible to arrest the situation, including a nationwide free spraying exercise that the government had commissioned to combat the infestation.

Government has already invested GH¢16 million in insecticides and spraying of affected farms is ongoing.

Apart from the addition to the supply of insecticides, the minister said farmers have also received spraying kits, including protective clothing, while extension officers have also been deployed to assist in the affected farms.

Farmers across the country have raised concerns over the magnitude of the destruction, which started in April 2016, ravaging farms not only in Ghana but other countries across Africa.

The pests reportedly eat deep into stalks and bite into the leaves of crops, with the destruction widespread over several acres of farm lands.