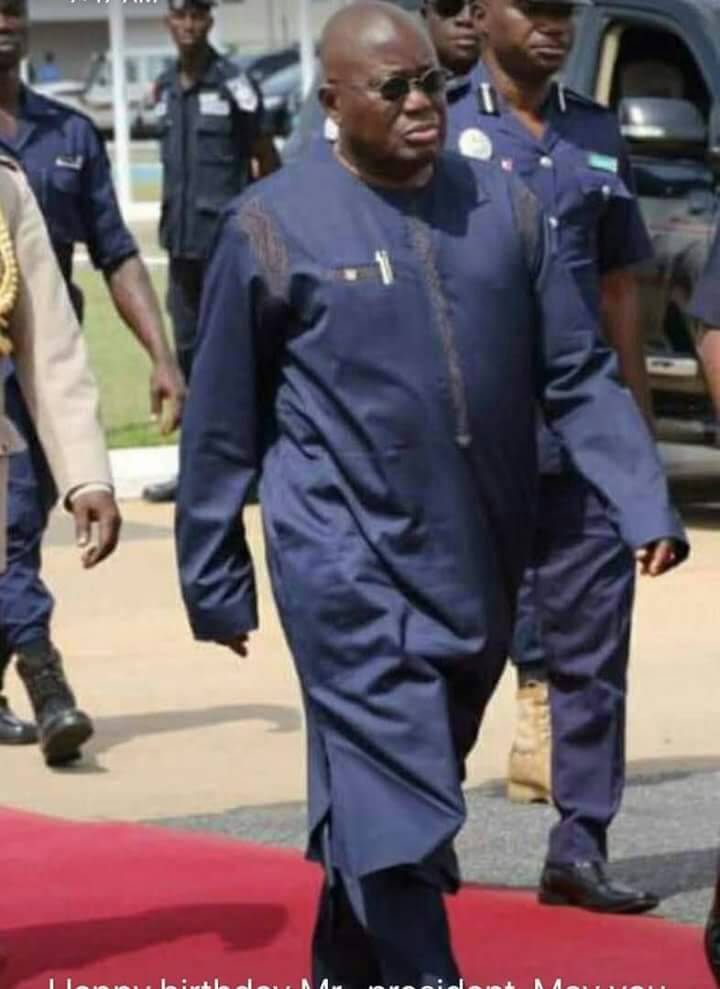 Attempts by the President and some of his relatives to fabricate and distort history can best be described as a terror of a different nature. Their attempts to rewrite history is to create a Danquah empire, where all other blocks within the Npp and outside would be treated as second-class blocks. It is a matter of concern that the space for reason and debate is shrinking in Ghana.

We have never witnessed such a disturbing trend since 1957. Those with little knowledge about our history are also helping them to fabricate and thrust their ideas.

The NLM’s main founding was Baffour Akoto who was Asantehene Chief Linguist. Initially the movement had as its aim the demand for higher prices for cocoa farmers but later, the movements focus shifted from its earlier demand to demand for a federal form of government. The Asantehene then King Prempeh II, supported the group spiritually and financially. The Van Lare commission work which led to the increase of seats in the north from 19 to 26, colony from 37 to 44, trans-volta from 8 to 13, and Ashanti from 19 to 21 and other issues which affected chiefs in the Ashanti Region, triggered the protestations by the Chiefs in the region. The NLM formed by Baffour Akoto and supported financially by the Asantehene, participated in the 1954 election and won few seats. In the 1956 election, Ghana Congress Party led by Busia, Northern Peoples’ Party, Muslim Association Party, Togoland Congress, Anlo Youth Association, Ghana National Party and Ghana Acton Party, participated. To avoid regional, tribal and religious tension in the country, the Cpp administration passed the “Avoidance of Discrimination Act”. This Act banned organisations, parties and societies that were confined to particular tribal groups and which were used for political purposes. This Act made the Northern Peoples’ Party, Muslim Association Party, Togoland Congress, Anlo Youth Organisation, Ga Shifimokpee etc illegal organisations.

J.B Danquah was not the founder or a founding member of any of the political organisations mentioned. All the parties affected by the Avoidance of Discrimination Act, 1957 (C.A38), merged under the leadership of Kofi Abrefa Busia as the United Party (U.P). So technically, J.B Danquah was not directly involved in the formation of the UP.

It must also be noted that the State Stool Act of 1958 which transferred the Golden Stool Lands from Asantehene to the Governor, creation of the Brong Ahafo region out of the Ashanti Region and other decisions by the CPP manifested to the Asantehene King Prempeh II, that Nkrumah was closing in on him to distool him. He took steps to clear the perception that he was behind the NLM. This singular action by the Asantehene pleased Nkrumah and the two became good friends. When the Asantehene became seriously ill and was operated on by Dr Easmon, Dr Evans Anfom and others at his Kumasi Central Hospital his new found friend Dr Nkrumah visited him and had him flown to the United Kingdom for convalescence. The two forever, buried their differences. When Queen Elizabeth II and the Duke of Edinburgh paid a visit to Ghana in 1961 Nkrumah and the two, visited his friend King Prempeh and the King held a state Durbar for the Queen and sat in state. How that was made possible courtesy Krobo Edusei could best be narrated by Kwaku Baako, Pratt and others.

The importance point is- by 1960 when Danquah contested Nkrumah in the Presidential election, the opposition against Nkrumah had reduced. The support the opposition commanded in the Ashanti Region had reduced significantly culminating in that abysmal performance of Danquah in the election. Danquah vanished from the political space when the CPP government placed surveillance on his nefarious activities. It was S.G Antoh, Apaloo, Busia and few others who held the opposition elements together

After the 1969 election, the National Alliance of Liberals, the People’s Action Party, the United Nationalist Party and the All People’s Republican Party merged to (Justice Party) to oppose the government of Prime Minister Busia during the second republic. It was not different from what happened leading to the formation of the United Party. We saw same arrangement between the minority parties in 1996.

After the 1966 coup, a grand funeral was organised for Danquah and some state edifices were named after him. I think that is enough. Attempts by his nephews, grandchildren etc to rewrite the history of Ghana to enable them place him above all politicians- past and present will remain an impossible task. If there are saints the Npp must revere, celebrate and worship as heroes of their tradition, it should be King Prempeh, Baffour Akoto, Busia, Dombo and those who formed the parties that merged to form the United Party. Unlike the Asantehene and his chief linguist Baffour Akoto who vehemently opposed Nkrumah over activities in their region they deemed unacceptable, the Abuakwahehe Nana Ofori-Atta II vanished from the political space when Nkrumah started elevating sub chiefs in his traditional area including Nana Kwabena Kena chief Kukurantumi who was the Adontenhene, became the main conduit between the CPP government and the traditional area and the main spokesperson. We shall discuss why the Abuakwahene settled in Accra (Adabraka ).