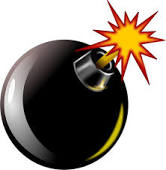 A powerful explosive was this morning detonated at the residence of the Deputy Ashanti Regional Minister Andy Osei Okrah.

The reports suggest that one of the bombs was found at the entrance to the Deputy Minister’s official residence.

Another was found close to the National Security Data Centre in the region.

A source who confirmed the news to pulse.com.gh said two men on a motorbike were seen planting the explosives at the residence.
“The two people were on a motorbike and they went to drop it at the Deputy Minister’s residence. They dropped two gas cylinder and dynamite. They were trying to fix it but the security man at the house saw them and he raised an alarm.”

The source also told us that “National security personnel and other security went there to detonate the bomb.”
It is not clear who the target of the explosive device was.
But security forces say there is no immediate cause for alarm.