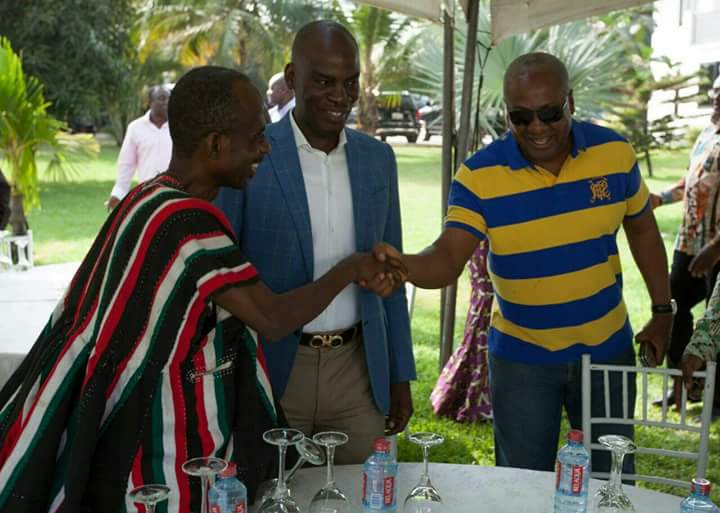 Ex-President John Dramani Mahama has for the first time since the excruciating defeat suffered by the National Democratic Congress in the December 7 election opened up on what could have led to the party losing the elections notwithstanding the government’s much touted unmatched achievements.
Perhaps, to make the work of the Prof Kwesi Botchwey-led committee, tasked to investigate the party’s defeat less cumbersome, Mr Mahama whiles admitting actions and/or inactions of the immediate past NDC administration may have contributed to its exit from power, he nonetheless; singled out the general call for change blowing across the world as the main reason for the party’s defeat.

Addressing minority MPs and some leading members of the biggest opposition party in Accra recently, Ex-President Mahama said “we (NDC) exited in a historical context and so we should look at everything that happens in the context of history. I studied history for my first degree so I always like to analyze history. There is a certain wind blowing across the world and so even though there might have been acts of omission or commissions on our part that led to our loss it is also part of a certain wind that is blowing across the world.”
Downplaying suggestions by some persons that the NDC lost the election due to non-performance, corruption and arrogance of appointees, Mr Mahama said a bulk of the country’s population is made up of relatively young people who are in a hurry to get things done within the shortest possible time.

Adding that, “I’m sure that all of you are up to the task. And you all have to work extra hard in opposition not only in parliament but also in your constituencies. Part of the reasons for some of the loss in some of the constituencies is how frequently you go back; how you associate with the people not only in respect of what you do for them but identifying with then and letting them know that you’re one of them,” Mr. Mahama stated.

According to the former president, though the outcome of the election was not what members of the party expected, “…but I believe everybody gave it his best. We need to as quickly as possible overcome the blame game because in the final analysis it was not the result of one person’s omissions or commissions that made as lose.”
But Political pundits also believe former President Mahama’s defeat was plotted by Western forces due to his tough stands on gay rights and other demands his government kicked against.
Nana Akufo Addo of the NPP won the 2016 presidential election with 53.85% of the total votes cast, against John Mahama of the NDC’s 44.4%.

Since the defeat, rank and file of the NDC has been engaged in blame-game, forcing the party to set up a 13-member fact-finding committee chaired by Prof Kwesi Botchwey to investigate the causes of the defeat.

Mr Mahama and NDC’s defeat came on the heels of recent shocking defeats, resignation and/or impeachment of Presidents and leaders across the globe. Notable among them include, Goodluck Jonathan of Nigeria; Dilama Rousseff of Brazil; David Cameron of UK; Yahaya Jammeh of Gambia; US popular Democratic Party Presidential Candidate, Hilary Clinton and a host of others.

This wind of change which engulfed the whole world, ex-President Mahama suggested, fed into the then opposition NPP’s campaign for “change” and it worked against the NDC’s resolve to retain power.