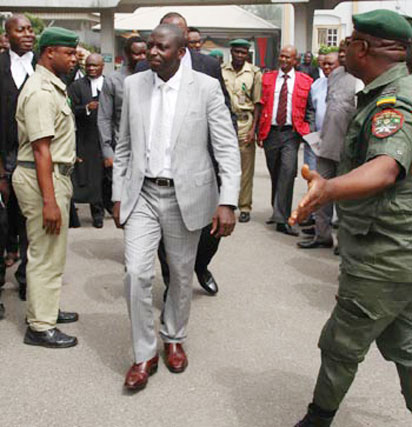 Akpobolokemi, who was accused of defrauding the Federal Government to the tune of N795.2 million, was arraigned before Justice Ibrahim Buba alongside three others, Captain Ezekiel Agaba, Ekene Nwakuche, Governor Juan and three companies, namely Blockz and Stonz Limited, Kenzo Logistics Limited and Al-Kenzo Logistic Limited.

The Economic and Financial Crimes Commission, EFCC, in the charge had claimed that the accused persons converted a total of N2,658,957,666 between December 23, 2013 and May 28 this year to their personal use. The defendants pleaded not guilty to all the charges.

EFCC, which opened trial yesterday, called its first witness, Teslim Ajuwon, who is the Compliance Officer at Zenith Bank and responsible for enquiries from regulatory agencies such as the EFCC, Police, NDLEA, among others.

The witness said he received enquiries from EFCC for a report of activities on some accounts, including Aruwo Consulting Limited, Extreme Vertex Limited, Southern Options Limited, Green Lemon Services and Committee on ISPS, adding that the bank received a request to produce account opening package of the companies as well as their financial statements. 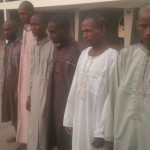