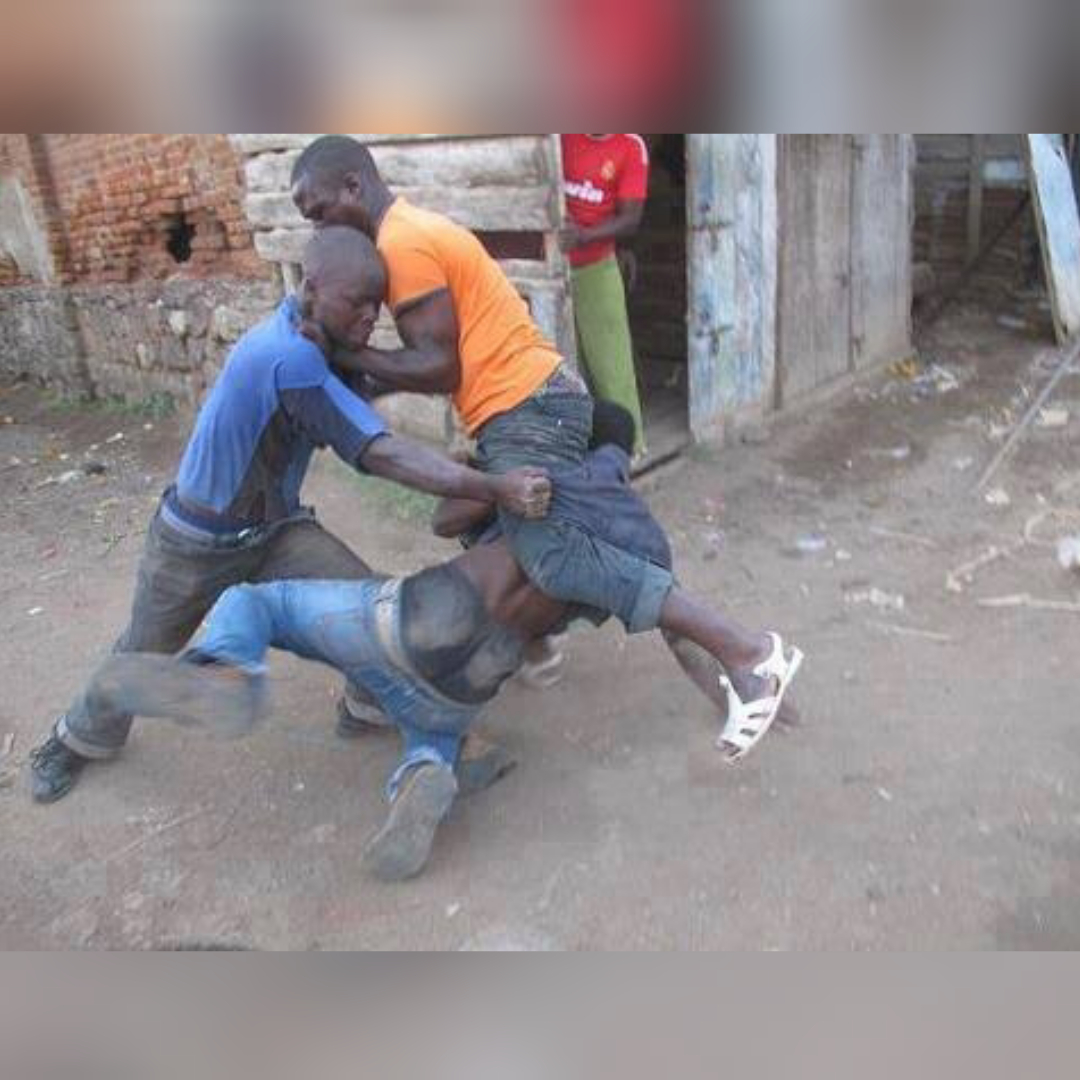 Three persons are nursing wounds they sustained for attempting to stop a machine operator from encroaching on a parcel of land in dispute at Gbetsile in the Kpone Katamanso Municipal Area.

According to the injured Tetteh Frederick, Timothy Bortey and Comforter Ablodey, “we were home when we heard the sound of a pay loader machine working on a particular land within our jurisdiction which is in dispute and the matter pending before the law court. We then approached the operator to stop him but one ex soldier who goes by the name Ahmed Ransford Tetteh who was allegedly dismissed from the service and had led the machine to work on the dispute land commanded the machine operator to continue working”

“This resulted in some exchange of words of which he threatenedto kill one of our uncle’s and deal with the rest of us”.

The victims continued that few moments after they had challenged the ex military man on his orders asking the machine operator to work, he left the scene only to return few minutes later and before we could say Jack some landguauds wielding gun and irons pounced on us and beat us to pub amidst the firering of guns. I was hit several with the gun butt until I started bleeding and fell unconscious” one of the victim’s alleged

According to them the said Ahmed is alleged to be the leader of a group of land guards known at Gbetsile and its environs and have been terrorising developers and residents for no apparent reason. A situation some residents complain is a worry to them.

To them, several complaints have been lodged with the police of various brutalities meted out to developers and residents by the said Ahmed but nothing has since been done.

The injured noted that, a complaint has been lodged at the Emef Police station where a medical report was issued out to them. They have since been treated and discharged.

They noted that, the Municipal Chief Executive of the Area, Solomon Tetteh Appiah, together with the EMEF Police Commander and some detectives later arrived at the scene of the incident, where the police collected some empty cartridges fired by the said landguards.

The Police Commander at the Emefs Police station who is seen as one person fighting activities of these landguards in the area was however locked up in a meeting when attempt was made to seek his reaction.

Meanwhile information has it that the alleged suspect behind the rampant attacks was invited by the Emef Police for interrogation.

When contacted, the said Ahmed rained unprintable insults on the reporter.