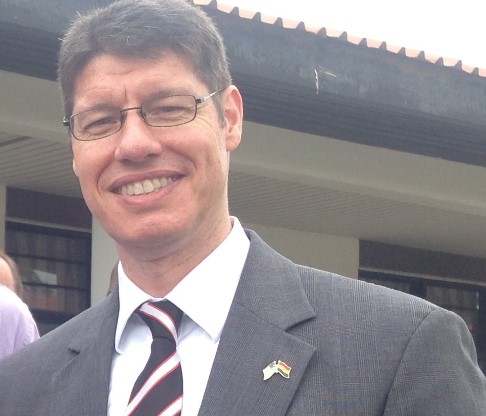 The United States Embassy in Ghana has assured citizens that the presence of the two former detainees from the Guantanamo prison poses no threat to the security of the country.

Although the Embassy could not give details about their location, it confirmed that the two men have safely arrived in the country.

“The two detainees that were transferred to Ghana have already arrived…we don’t have access to the specifics of their whereabouts, you have to go to the Government of Ghana for that,” Public Relations Officer Chief at the US Embassy in Ghana, Daniel Fennell said.

However, a US multi-agency review undertaken at the start of the President Obama administration decided both men posed minimal risk to national security and ought to be transferred. The two had chosen to be transferred to Ghana.

Meanwhile, some Ghanaians have criticized the decision by government to accept the detainees citing security concerns.

But speaking on Eyewitness News, Daniel Fennell said the move is to enable the detainees to be reintegrated into society.

On Wednesday, the Ghanaian government also agreed to host other refugees from Rwanda, Syria and Yemen.

A statement from the Ministry of Foreign Affairs said the Government of Ghana was requested to assist in the resettlement of a number of persons from Rwanda and Yemen, taking cognizance of the grave humanitarian crises in the Middle East.