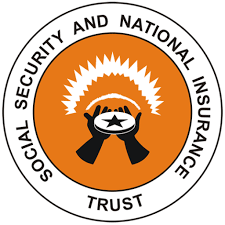 The Director-General (D-G) of the Social Security and National Insurance Trust (SSNIT), Ernest Thompson, has reportedly been shown the exit.

Mr Thompson, a former Board Secretary of Accra Hearts of Oak, the report indicates, was informed of his sacking on Monday.

Confirmed as the substantive SSNIT D-G in June 2014, after acting in the role for about one year, Mr Thompson’s tenure has not been devoid of controversies concerning his leadership style.

According to a Daily Guide report, while some staff of SSNIT were happy for Mr Thompson’s sacking because they felt he had overlooked them for promotions, some others were excited because in their view, SSNIT had been run down under the outgoing Director General, with most of its prized assets, including banks, being disposed of.

Just last Friday, a member of the Appointments Committee Member of Parliament (MP) for Manhyia South, Dr Mathew Opoku Prempeh, during the vetting of Finance Minister-designate, Ken Ofori Atta, alleged that SSNIT under the leadership of Mr Thompson and with the approval of its Board of Directors, had put up eight executive houses for sale to private individuals under dubious circumstances.

It, therefore, may not come as a surprise to many that he has been sacked.