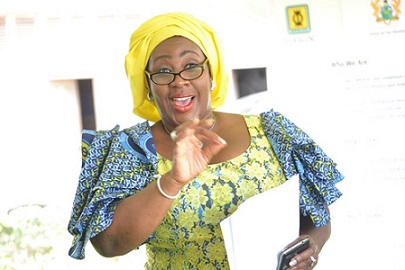 Mrs. Attionu has been notified of a letter of invitation from the Economic & Organised Crime Organisation (EOCO) dated May 4, 2017, requesting for information pursuant to section 19 of Act 804/10, and to meet the Acting Executive Director of EOCO at 10am on May 8, 2017.

Mrs. Attionu is out of the country on an important family assignment. She has committed to full cooperation, without prejudice, immediately on her return. In her absence and until her return, her attorneys Lexkudoz Law Firm, will begin the process of engagement with EOCO.

We hereby caution all media houses and the general public that any attempt to denigrate Mrs. Attionu or soil her hard-earned reputation with insinuations, fabrications and or twisted commentary will be met frontally and forcefully with all the legal arsenal at our disposal.