ENUGU—Governor Ifeanyi Ugwuanyi of Enugu State, yesterday, promised to partner the National Drug Law Enforcement Agency, NDLEA, to check the endemic trafficking of illicit drugs in the country to salvage the nation’s battered image and advance her economic growth.

Ugwuanyi said that his administration will stamp its foot on the ground against illicit drug trafficking, especially now that Akanu-Ibiam International Airport, Enugu operations have up- scaled, given its international status.

He assured the agency of the readiness of his administration to offer necessary assistance that would enable it and other crime fighting agencies to effectively discharge their duties, stressing that there was urgent need to re-strategize in order to curb the menace in the country.

The governor while receiving the management team of the Enugu State Command of NDLEA, led by its Commander, Mr. Ohanyere Nkem, at the Government House, Enugu, commended the agency for its success story so far, in the war against various drug related crimes in the country, noting that illicit drug trafficking and consumption had done the nation’s image and economy more harm and required the collaboration of all relevant stakeholders to stamp out.

Earlier in his address, Mr. Ohanyere regretted that despite the frantic efforts made in the global war against drug abuse and illicit drug trafficking, the menace has been on increase. 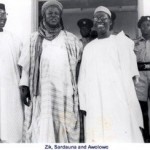