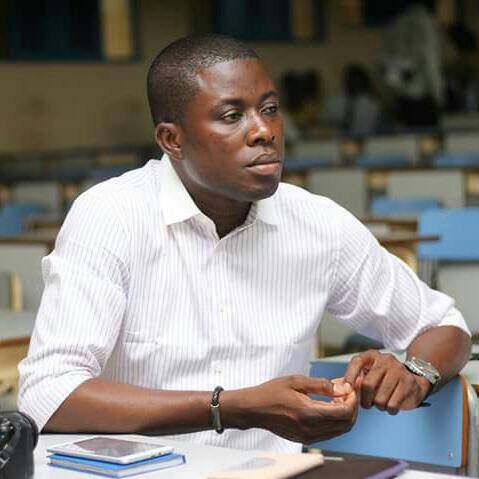 Hello Sir,
I pray this finds you well and in good faith. My worry however is that I don’t end up looking like an insult to you, man of God.
Indeed the past 72 hours must be very difficult times not for you just as an individual but as a preacher, an inspirer, a motivator and above all a businessman and chair of the Capital bank board for your absolute failure to see this coming.

Sir, many including my own self have never liked most of your public outcries regarding how you lambast our leaders especially the past government which was headed by His Excellency John Dramani Mahama. However, I have always admired you for your inspirational mastery of oratory which was what you largely engaged in capturing your audience at any material moment. Guess what, the more you were lambasting leaders, the more you were putting yourself up as the only perfectionist and one who does all things with no flaw and one cannot tell if same can be said of you now.

Please, and I repeat please, kindly be reminded that I am not addressing you as a man of God but instead as a businessman, motivational speaker, Change ambassador par excellence, chair of a collapsed bank, etc. It is an undeniable fact that for your hypocritical convenience you wish to hide behind the pulpit to find solace and further launch attacks on your critics at this particular moment but sir, it is shameful to say the least that till date you of all who have taught many life and managerial lessons haven’t found wisdom in coming out publicly to apologize to your church for investing their tithes in this enterprise and leading them to this abyss.
As every responsible head (Chair) of an organisation will do under the circumstance, Ghanaians, and all shareholders expect you to publicly demonstrate your remorse but it is visibly becoming true that you are bigger than an apology and cannot eat a humble pie to render that apology to the people who put their trust in you, paid you fat allowances each time you held meetings to deliberate on the forward movement of Capital bank. It is very obvious now that you cannot rule out the fact that the recent three awards that bank won during the Banking awards was just a staged craft to cover the rot, simple and short, it may have been bought. Ironically, reading an excerpt of the major investor William Ato Essien’s presentation during one of your road shows, he explained you were the SOLE inspiration for his success. Today, I can confidently say that you equally may have advised him to be 52% shareholder of Capital bank, little did he know that you will collapse this bank.

Dr. Otabil, this could seem a storm in a tea cup but sir, you have let down many in terms of your demeanor after this saga. Already there are more questions to be answered and though it has been made public that your accounts have been frozen by the state, every Ghanaian knows this is just another lie being told Ghanaians as you are known to be so connected and even found a way to plant one of your senior pastor’s wife on the board of BoG, Comfor Ocran.

From a lane man’s point of view, there was a major #WisdomProblem during your reign as Chair of the Capital bank which has now been declared insolvent. I won’t be surprised as Chair, you were give a v8 to drive in coupled with other benefits which you enjoyed to the latter.

You see, today you have just proved to be no different from the many we see on our streets who are clad in white pretending to be saints, when actually they are worse than any word can define.

The lowest moment of your failure to be tolerant, humble and demonstrate leadership was when you used your pulpit to further launch attacks on all who spoke justly about your failed managerial skills. You descended so low to refer to fellow humans, created by the Creator you so much preach about to amass wealth “an insult”. Did you really say that, am tempted to believe the Holy spirit for one moment left you and you were led astray, after all you are equally also human just like the “Kumchacha” you chose to insult that way.

Guess what a good friend by name Selorm Kpade had to say about that:
“An ‘insult’ is when you preside over a failure and you have no decency to apologize for it but sadly you turn to ‘insult’ the very people who have put their hard earned money in you trust….Mtchewww!! – [slightly edited]

I am in no position to advise you but I will still put it out here anyways:
1. Have the courage to show remorse and publicly apologise
2. The time has come for you to demonstrate you are not only a reader of the Bible but a doer of the words contained in it. Let your ego not cause you to refuse apologizing for your abusive words by referring to a fellow human as “insults”. The only difference between you and them is the wealth you have made from the same word of God, which is vanity.
3. STOP hiding behind the pulpit to attack others, which makes it look as though anyone who criticizes you is “touching the anointed man”

Rest assured that I will continue to take life lessons from your sermons on radio, read your books and equally learn into detail “the rise and fall of Capital bank”

The interesting hypocrisy of the society we live in today is that the very loud mouths who claimed to be principled have suddenly lost their voice or currently unwell and therefore cannot comment on this let alone make the effort to admonish you to ceasefire.

Nobody will dare touch you as a clergy, though it is another undeniable fact that being clergy shot you to fame which earned you the brand equity you continue to enjoy causing people to invest in that bank, and am sure you will agree with many that you were their inspiration for transacting business with The Capital Bank. If today the story is different, you must bare full responsibility and as a speaker on leadership, etc, you ought to know this.

Your congregation is equally very highly disappointed at this new developments especially after your failure as Board Chairman of the bank to stir them through troubled waters, and to add insults to injury, be seen exchanging words of insults with another man of God, who is in no means worth your time, if stature means anything.

Please continue to be a man of God and not god of men… may the peace of the Lord continue to be with us. My prophet, Temitope Balogun Joshua (aka TB Joshua) has always said “When people say things to hurt us, God wants us to respond by blessing them. Kindly take queue from this. Amen!!!