The Ace Musician Ekow Micah who is being held over drug related offence has dumped his lawyer, Mr David Merson.

According to Assistant Commissioner of Police (ACP) Moses Atibillah; Micah’s lawyer, Mr Merson called him on phone and informed him that Micah had told him that he no longer needed his services hence he would not be in court.

When the case was called, Micah and his lawyer were not present in court.

When the trial judge, Mr Aboagye Tandoh enquired why the accused was not in court; ACP Atibillah said he did not know why.

ACP Atibillah said he tried reaching the investigator on phone but to no avail.

The case was therefore stood down for some time.

When sitting resumed Micah and his lawyer were still not present.

The trial judge urged prosecution to ensure that Micah is brought to court at the next sitting.

The matter was therefore adjourned to September 28.

On September 22, when Micah came to court he decided to address the court despite the presence of his counsel.

Soon after prosecution, ACP Atibillah as well as defence counsel Mr David Merson announced themselves to the court, Micah raised up his hands drawing the attention of the trial judge.

The trial judge Mr Aboagye Tandoh told Micah to wait as he would give him time to talk.

According to the court, if he insists, then he should speak to his lawyer so that counsel would put his views across.

“My Lord I want to address the court directly,” Micah insisted.

When the court asked whether he had spoken to his lawyer, Micah claimed he had not seen his lawyer after the last court sitting.

Micah’s counsel, therefore, prayed the court to stand the case down so that could confer with his client.

It was the intervention of another lawyer who addressed himself as a “friend of the court” for the case to be stepped down as he expressed surprise following the turn of event.

Trial has begun with prosecution calling two witnesses while the substance was forwarded to the Ghana Standard Authority for forensic examination.

Micah has denied the charge of possessing narcotic drugs without lawful authority and he is currently on remand.

Narrating the facts of the case earlier, ACP Atibillah said Micah is a resident of Ogbojo, near Kokrobite in Accra.

He said on August 4, Micah was arrested by the Airport Police over an alleged extortion case currently under investigations.

ACP Atibillah said the following day, at about 1130 hours, the Police and the accused person visited Micah’s house to conduct a search and in the process, a quantity of dried leaves suspected to be Indian hemp was found concealed in Micah’s “back pack”.

Prosecution said the exhibit has been forwarded to the Police Forensic Crime laboratory for examination. 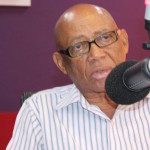