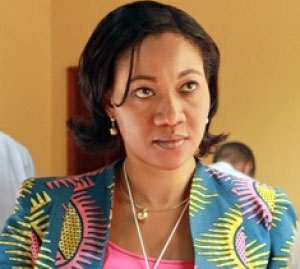 A Senior Fellow at the Institute of Economic Affairs says Ghana has a lot to learn from Ivory Coast in terms of how to manage an economy.
Speaking at an economic review programme organised by the economic research think tank, Dr John Kwakye praised Ghana’s neighbour for managing her economy relatively better.
“Ivory Coast having come out of conflict is now doing very well. They have turned the economy around. In terms of growth, economic stability, they don’t have the kind of inflation that we have here. Everything is stable. They are also growing. We need to learn from them,” Dr Kwakye said in an answer to a question from ace broadcaster Kwaku Sakyi Addo who is also the Chief Executive Officer of the Telecoms Chamber.
Mr Sakyi-Addo who was part of the participants of the economic review programme wanted an assessment of Ghana’s economic performance vis-a-vis her neighbouring countries.
While applauding the economic performance of Ivory Coast, Dr John Kwakye was not impressed with Ghana’s economic performance.
Dr Kwakye said performance of the economy from January to June has been anything but impressive.
He said from 2013, economic growth has been on a steady decline from 14% of GDP to a projected 4.1% in 2015.
Dr Kwakye attributed the steady decline of the economy to the energy constraints, low levels of public investments, high business inputs cost as well as effects on the macroeconomic instability.
Apart from the stunted economic growth, the IEA noted a sharp decline of the cedi against major international currencies and a ballooning debt all of which have crippled Ghana’s economy.
“During the period, the cedi depreciated sharply against major currencies. The depreciation was highest against the pound at 27%, followed by the dollar at 26.1% and by the euro at 19.5%.
“As of June 2015, the country’s total public debt situation stood at 94.5 billion cedis which is 70.9% of GDP.
“…There is a concern that Ghana could return to a HIPC situation if borrowing continues at the current pace,” he said.
The Institute called for a long term economic transformational policies, including exports, industrialization to address the structural imbalances within the economy.