The entire Kumasi Metropolis has been without light since last night following a series of explosions that occurred at some substations of the electricity company of Ghana in the Ashanti region.

It is unclear what triggered the explosions but Starr News understands technicians from Accra and other parts of the country a heading for the Ashanti region to help fix the problem.

Meanwhile, the power ministry has announced that the protracted power crisis that has bedeviled the country for some years now is over.

According to a statement released by the Power Ministry Wednesday and signed by Kweku Sessah John, Head of Public Relations for the ministry.

The statement stated that “the Ministry of Power wishes to inform the public that its load shedding programme in respect of electricity supply has been brought to an end”.

“The Ministry takes this opportunity to express its profound gratitude and appreciation to the entire citizenry and residents of Ghana for their forbearance and understanding during those difficult times”.

“The Ministry of Power and its agencies wish to assure the public that it shall continue to pursue policies and programmes to consolidate the gains so far made in the generation and transmission of electricity for the country,” the statement concluded. 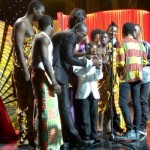