This was revealed by the newly elected Chairman of the Senior Staff Association of the Volta River Authority, (VRA), Cephas Duse.
According to him the mining sector and the (ECG) are currently the major debtors of the company.

“As at September 2016, the independent power producers owe the VRA to the tune of five billion Ghana cedis.”

Speaking to Accra-based Citi FM Duse said this does not help the Authority’s work.

He explained that “what is happening with the VRA is that, we basically procure LCO gas and these are very expensive inputs; and they are dominated in foreign currency and when you buy these inputs it’s expected that when you sell to the public you get your money back. And when we don’t get the money back we turn to the bank to get loans to buy again and the cycle continues. We sell to them and they don’t pay,” he lamented.

He said government must largely be blamed for the challenges facing the VRA. “Government is largely to be blamed for the problems of the VRA since it is not allowing VRA to operate as a commercial entity. VRA is a power generating company and if we sell power and we are not paid, how can we survive?” He quizzed.

Officials of the VRA have often called on their debtors to pay them so they can offer better services at the Authority. But the repayment has not been done by the debtors as expected. 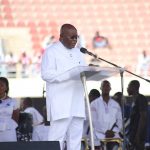 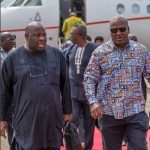