The Electoral Commission ( EC ) is in the process of reviewing the country’s constituencies to create more 25 new ones, for the December 7, 2020 general elections.

First Deputy Minority Chief Whip in Parliament, Hon. Ibrahim Ahmed revealed this in an interview with some members of the Parliamentary Press Corp in Accra, Friday April 26.

According to him, per information he gathered, the EC would create about 25 constituencies, with the Ashanti region alone getting about 17 new constituencies.

The Asawase constituency in the region, which is being occupied by the Minority Chief Whip, Hon. Alhaji Mohammed Mubarak Muntaka, of the National Democratic Congress (NDC), would be split into new constituencies.

The remaining 12 would be distributed to other regions, including the newly created six regions for the 2020 elections.

The Bimbila Constituency in the Northern which is currently held by Hon. Dominic Aduna Nitiwul, Minister of Defence, would also be divided into two constituencies, Bimbila South and North.

Article 47(5) of the 1992 Constitution mandates the EC to “review the division of Ghana into constituencies at intervals of not less than seven years, or within 12 months after the publication of the enumeration figures after holding of a census of the population of Ghana, whichever is earlier, as may, as a result, alter constituencies”.

The EC, in 2012 increased the number of constituencies from 230 to the current 275, may now shot up to approximately 300 constituencies.

An effort to get the EC to confirm or otherwise proved unsuccessful.

But Hon. Ahmed cautioned that, the creation of the new constituencies could cause problem in the already congested Chamber’s of parliament.

He noted that, until a new Chamber is built, the current Chamber housing the 275 parliamentarians, lacked enough space to accommodate additional 25 members.

The NDC MP for Banda Constituency said he suspected the EC decision was borne out of improper assessment on the current situation of the Chamber’s before reaching the decision to create new 25 constituencies.

He further blamed the government, alleging that, the EC decision on new constituencies are part of the governing New Patriotic Party (NPP) schemes and plots to rig the 2020 general elections.

In his view, the NPP knew they have failed Ghanaians miserably with their sweetheart campaign promises under President Akufo Addo administration and have therefore relied on the EC to support them to rig the election so they could remain in power at all cost.

The Deputy Minority Chief Whip therefore advised the NDC, to be vigilant in all election-related dealing of the government, as the NPP knew they could not survive the next general election with free and fair polls.

He noted that, it was the intention to rig the next general elections that the NPP quickly removed the former EC boss, Charlotte Osei and her two deputies upon coming into office and appointed the current Chairperson, Jean Mensah to allegedly aid them manipulate the process to steal the Will of the electorates in 2020.

He added that “even before the implementation of the ROPAL, the government and it’s appointees are traveling across the globe assuring Ghanaians of their chance to register and vote in the 2020 elections.”

Hon Ahmed also took a swipe at President Akufo Addo, for donating €2 million to Frances to rebuild the Notre Dame Cathedral that was destroyed by fire, when many Ghanaians are hit by rainstorms, floods and fire disasters.

He described the president and his government decision on the €2million donation as ” insensitive government ” which has little or no sympathy to the people that voted them into power. 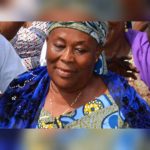