The committee, which was inaugurated this month was expected to coordinate the activities of the various stakeholders within the electoral process to ensure successful elections.

The Committee was hit by allegations that it comprised of card holding members of the ruling National Democratic Congress (NDC), prompting the withdrawal of Dr Karl Mark Arhin, the Deputy Executive Secretary of the National Service Scheme.

A political pressure group, the Let My Vote Count Alliance (LMVCA), called on the EC to disband the committee entirely, but the commission stated Thursday that it was not considering that option.

“In the Commission’s view, it is important to have a committee of that nature; that’s the Election Steering Committee and so they will be part of our preparation towards the elections. They have very key roles to play especially because the representatives come from institutions that we deal with on regular basis so far as elections in this country are concerned.”

“One or two biased members can’t stop us,” the Director of Public Affairs at the Electoral Commission, Christian Owusu Parry said.

But after the closed door meeting Friday morning, the political parties stated that they were not informed before the committee was formed and are not aware of the mandate of the committee and agreed unanimously for the committee to be suspended. 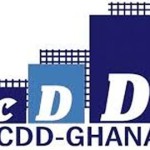