A former director of the Electoral Commission Mr. Kwame Damoah Agyemang has revealed that staff of the commission are amongst the least paid workers of state institutions in Ghana.

According to him, if moves are not made to improve their service conditions, they may become susceptible to corruption.

Staff of EC have threatened to go on a nationwide strike on February 22, 2016 if immediate steps are not taken to improve their poor service conditions.

A statement by the EC Senior Staff Association on behalf of the entire staff stated that “all salary negotiations undertaken with the relevant institutions and authorities since 2012 have yielded no resolution.”

They also outlined that “on 8th of February, 2016, the entire staff of the Electoral Commission will raise red flags in all Commission’s establishments and vehicles as a sign of our dissatisfaction and aversion of the state of affairs”.

Speaking on Morning Starr Friday, Mr. Agyemang told host Nii Arday Clegg that issues of poor working conditions for EC staff must be immediately addressed as the country prepares for the presidential and parliamentary elections in November.

He added that rising through the ranks is almost nonexistent within the EC.

“What I have been told is that up to now on the Single Spine Salary Structure they don’t know where they belong and they are among the least paid amongst the governance institutions.

“Not that this year being an election year they want to take the country hostage, no, not that, but they have been cheated for far too long…last December was my 11th year after retirement and nobody has been promoted in the senior grade to the chief directorship…so you can see the stagnation,” Mr. Agyemang said. 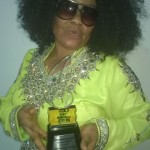