The electoral commission of Ghana has objected to suggestions to give legal backing to the Inter-Party Advisory Committee (IPAC).

The chairperson of the electoral management body (EMB) Charlotte Osei said giving legal backing to IPAC will give political parties the powers to dictate to the EC, which will be inimical to the functions of the independent establishment.

“Consensus doesn’t mean sitting on top and taking decisions. EMBs should never be controlled by political parties because political parties have their own agenda; legitimately so and that is why they are organized,” the first woman chairperson of the EC told Accra-based Joy FM on their News File programme, Saturday.

“EMBs have their constitutional duties to the people. So we should never have a situation where the authority of the EMB or the decision making powers of the EMB can be overruled by political parties.”

However, the former boss of the National Commission on Civic Education said political parties can be involved in decision making of the EC as it pertains “in other jurisdictions” but they should never “take decisions above the EMB.”

IPAC was formed in March 1994 to bring together representatives of the political parties on a monthly basis with members of EC to discuss and try to build a consensus on electoral issues.

Representatives of the international donor community that have assisted the electoral process are also invited to observe proceedings at IPAC. However, IPAC is not open to the general public or the media.

Ghana will be heading to the polls on November 7 to elect a president and parliamentarians. 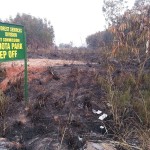