The Electoral Commission says it will open the voters register for limited registration from April 28 to May 8, 2016.

This is to enable new voters who have attained age 18 and those who qualify but were unable to register the last time the register was opened, to do so.

The commission initially planned to do the registration in March 2016 but since the Constitutional Instrument (CI), which is to regulate the registration and has been laid in Parliament, was yet to mature, it has decided to postpone it to April.

This was made known at an Inter Party Advisory Committee (IPAC) meeting held in Accra on Friday.http://ghanapoliticsonline.com

The EC would need to embark on public education on the limited registration and this can only be started after the CI has been passed.

Therefore, at the IPAC meeting, the commission explained that the registration will not come off immediately after the CI matures.

Again the EC said it has only 3500 registration kits and would want to merge some Electoral areas so as to be able to deploy http://ghanapoliticsonline.com more kits to areas where there are more people.

There are 6156 Electoral Areas in the country. The modalities on how to deploy the registration kits are still being considered. 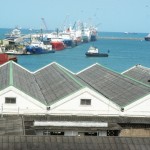