Some staff of the Electoral Commission (EC) have petitioned President Nana Addo Dankwa Akufo-Addo to get the chief justice to commence impeachment proceedings against Charlotte Osei, chairperson of the commission.

They are accusing her of abusing her office and engaging in corruption, including the alleged award of contracts running into millions of dollars and moving into a new office building – all without recourse to the commission.

They said the EC chairperson has been awarding contracts without consultation with the other commissioners and also receiving a vehicle from the presidency in a clear breach of neutrality.

The presidency has confirmed receipt of the petition of the aggrieved EC workers.

The six-page petition has 27-point demands, with the unnamed workers ready to make themselves available when the need arises.

The petitioners claim that following her appointment as EC chair, Mrs. Osei “compromised the independence and neutrality of the Commission by arranging for 2015 V8 Land Cruiser with registration number WR 2291-15 from the Office of the President for use as official vehicle without going through the procurement process or recourse to the commission.”

The staff said in order to cover her trails, “the Chairperson has resorted to removing official documents from files.”

According to Lawyer Maxwell Opoku-Agyemang, counsel for the petitioners, the action is being brought in accordance with Article 146 (3) of the 1992 and said the petitioners “humbly pray that the president forward same to Her Ladyship the Chief Justice for possible impeachment process.”

In the petition, counsel said his clients (petitioners) are prepared to “make themselves available with all the relevant documents to assist in the investigations.”

Giving details of contracts allegedly awarded by the EC boss without recourse to the commission, the petitioners said Mrs. Osei unilaterally abrogated a contract with a vendor and renegotiated it.

“She single-handedly renegotiated the contract with the vendor without the involvement of the members of the Commission, not even the deputies,” they alleged.

They claimed that the EC boss allegedly awarded contracts to the tune of $14,310,961 to her cronies for the construction of Pre-fabricated District offices without recourse to the Commission, saying that “the value of these contracts is in excess of the approved threshold by the Public Procurement Authority.

“One of the contractors by the name, Messrs Contracts & Cads Limited, is related to Mrs. Charlotte Osei. Upon receipt of advance mobilization under the approval of the Chairperson, the company has failed to meet the contract terms, the company has requested for additional payment, which the chairperson has approved. The Director of Finance has stopped the payment of this request. This accounts for one of the reasons of the Chairperson’s disaffection for the Director of Finance.”

According to the petitioners, Mrs. Osei has consistently approved for payment of $76,000 to an IT company called Dream Oval Limited, without any contract, contrary to the Financial Administration Act, adding, “The Chairperson has submitted an estimate of over GH¢1 million for the renovation of her official bungalow without recourse to the Commission or appropriate staff in the Commission.”

It has also emerged that the alleged plagiarized logo of the EC cost the commission $25,000.

The petitioners claimed that Ms Osei unilaterally awarded a contract of about $25,000 to a South African company – Quarzar Limited – to change and re-develop the Commission’s logo under the guise of rebranding without going through tender, contrary to the Public Procurement Act.

According to the petitioners, Charlotte Osei had claimed that the EC had been allocated a new building for use as office complex and unilaterally awarded a contract of GH¢3.9 million for demarcation and partitioning of the said office complex, but all were done without the approval of the commission or recourse to the PPA and said it formed party “of compromising her independence and neutrality.”

The petition indicated, “The 7-member Commission has not at any point in time formally requested for any office allocation since the Commission sees nothing wrong with the current office.”

Petitioners said the chairperson engaged the services of external solicitors – Sorry @ Law – without recourse to the commission and said the move goes contrary to the PPA.

“As at now, there is no formal contractual arrangement between the Commission and the solicitors. The basis of fees computation for services by these lawyers still remains unknown,” they said, adding that “She frequently travels out of the jurisdiction without informing either the Commission or any of the deputies.”

According to the petitioners, the Chairperson used grant from USAID, which constitutes public funds, to pay for the services of a Personal Assistant and a Communication Officer who were allegedly being paid $1,500 and $2,500 respectively and it was done without clearance from the ministry of finance while the recruitment was done without recourse to the commission.

The petitioners accused Mrs. Charlotte Osei of persistently antagonizing the then opposition New Patriotic Party (NPP) prior to the 2016 general election “to the extent that she never met any of the leadership who sought audience with her to discuss issues of concern. This is contrary to her over-patronage of the then ruling NDC, including her attendance of Cabinet meetings.”

They claimed that the Chairperson “unilaterally transferred District Electoral Officers she perceived to be pro-NPP to deprived areas prior to the 2016 general election without the knowledge of the Commission, contrary to administrative procedures. The political posture of the Chairperson prior to the conduct of the 2016 General Election nearly pushed Ghana to the precipice. But for the action of technical and competent staff of the Commission, she could have plunged the country to civil war.”

They claimed that whilst as Chairperson, she served on the Board of Ghana Re-Insurance – a public company – contrary to Article 44 (4) of the 1992 Constitution and also as NCCE Chairperson where she was while holding on to the EC position.

“The Chairperson is managerially and administratively inept. She lacks managerial experience or capacity and knowledge of corporate governance structures and regulatory compliance. She lacks the requisite managerial skills in public administration,” they claim. 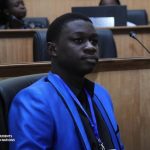