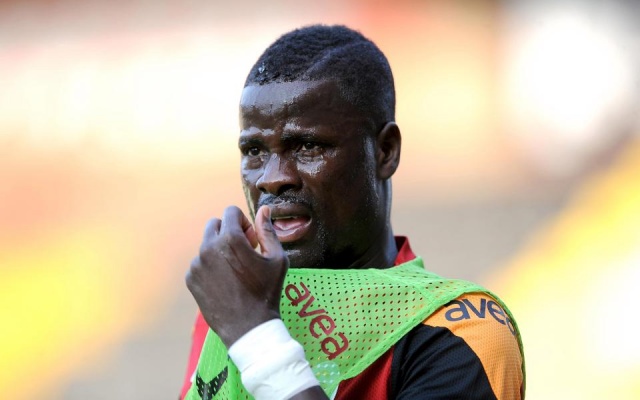 Emmanuel Eboue has been handed a lifeline by Galatasaray after the former Arsenal star revealed he had contemplated suicide having fallen on tough times.

Eboue has admitted he was on the brink of trying to take his own life following a bitter divorce battle that has left him broke.

The ex-Gunners defender is now broke and unable to see his children as a result of the case and financial mismanagement throughout his career.

But now he is being handed the chance to get his life back on track by Turkish giants Galatasaray – where he spent five years playing after he left North London.

Manager Fatih Terim has moved quickly to help the full-back after news of his plight broke on Christmas Eve.

Terim said: “We heard news about Eboue in the dressing room, I was informed there.

“We will do whatever we can to help my friend.”

Ivory Coast international Eboue earned millions throughout his career, playing in a Champions League final during his time with the Gunners.